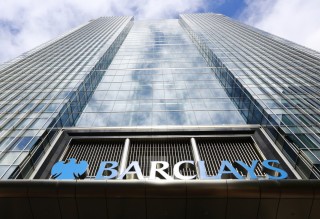 In March, Barclays Chief Executive Officer, Jes Staley, decided to sell down its African operations because the bank’s 62 percent ownership meant it had to fully allocate capital to the business, but received less than two-thirds of its profits. The May sale was successful and suggested there was strong demand with the book 3.5 times oversubscribed. “Given the success of our initial transaction, and the strong level of interest that we are getting with respect to the asset, we have increased certainty in our ability to achieve deconsolidation with Barclays Africa,” Staley said after the bank’s half-year results on Friday. “People who bought into that offering (in May) have done quite well so I think when we are prepared to do the next tranche. We are very confident that the demand is there,” he added.

Barclays is shedding its African business as regulatory pressures mount and the bank’s management looks to free up resources to invest in other areas of its franchise. Barclays estimates that a UK tax on bank balance sheets means it would pay an extra £200 million in levies by 2021 to keep its African unit on the books. Also, because of Barclays’s size, regulators make the bank hold £650 million ($927 million) of extra capital against its Africa unit.

The deconsolidation of Barclays Africa from the books of the British bank will be a key test for Mr. Staley who has expressed his commitment to dispose of unwanted assets quickly. However, he has said the bank was giving itself time to complete the sell-down because it was complex, including current negotiations on what operational agreements will look like between itself and Barclays Africa when it becomes a non-controlling shareholder. Last month, in line with Staley’s strategy, the bank reported it had agreed to sell its Portuguese and Spanish credit card business and had entered discussions to sell down its French retail franchise.