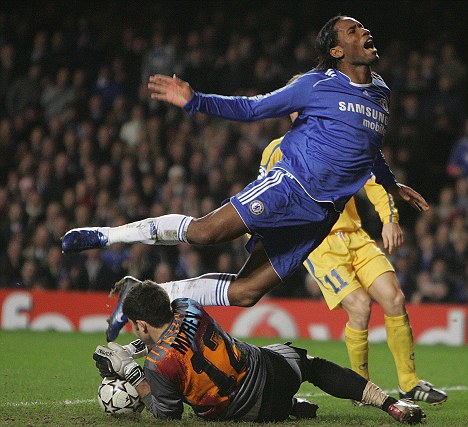 From Ïsaac Cuenca’s tumble to earn Barcelona a 2 : 1 win over Levante to Ashley Young’s now infamous theatrics to earn Manchester United an underserved penalty for the second week in a row, the issue of diving by footballers once again took centre stage this weekend.
United’s Young earned his side a 7th minute penalty against his former team Aston Villa after taking a tumble under minimal contact from Villa’s Ciaran Clark. Last week he did the same against QPR despite being in an offside position.

However Arsenal Manager Arsene Wenger seems to have an answer to this problem. The Frenchman wants the English FA to ban divers for 3 games.
“….You say everybody who dives and is caught now after the game is suspended for three games,” said Wenger.

The Arsenal boss however admits that Young’s penalty incident against QPR may not be an obvious case to ban a player for three games. “…I will not suspend him because I don’t know if he has lost his balance. He made more of it for sure to get the penalty. That is not an obvious case for me.”

But essentially, if Young had received a ban like Wenger suggests, then maybe the tendency to go down easily may be curbed.