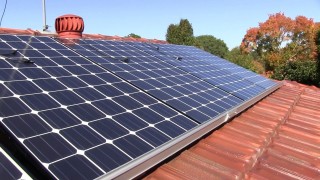 There are almost 200 million people living in Nigeria and at least 70 million of them live in off-grid communities. As at 2015, at least 75 percent of Nigerians lacked access to regular power supply. The problem of poor (or, sometimes, nonexistent) power supply in Nigeria is no joke. And what’s worse? The ‘poor’ power supply is becoming even more expensive. There’s a silver lining, though: the Nigerian government is trying to do something about this, and it’s not just in increasing power generation and transmission capacity. The government is also exploring alternative power sources.

The Nigerian Government has an ambitious Renewable Energy Policy which aims to increase energy production from renewable energy sources from 13 percent of total electricity generation in 2015 to 23 percent in 2025 and 36 percent in 2030. Part of this plan is the goal to increase the percentage contribution of solar energy to the total energy mix.

Despite success stories in East Africa, renewable energy has yet to be widely adopted in Nigeria as an alternative power solution. Off-grid communities in Nigeria have relied on kerosene lanterns or candles for their energy needs, with many unable to purchase solar power systems outright owing to the high costs. Solar Home Systems offer an affordable and environmentally friendly option.

This is why Azuri, a company that provides solar and mobile technology to allow customers to access power on a pay-as-you-go basis, has announced a partnership with the Niger Delta Power Holding Company (NDPHC) to launch its PayGo Solar Home Systems in Nigeria, to deliver affordable, clean energy to 20,000 rural households living without electricity.

Azuri’s PayGo Solar Home systems have the capacity to power four LED bulbs providing up to 8 hours of lighting, a radio and a USB port with charging cables for mobile phones. Customers pay the monthly top-up rate via mobile money for 36 months after which time the unit can be unlocked and the customer owns the unit. In a move to upsell its services, Azuri then provides these customers with options to upgrade to a larger system.

NDPHC is a government-funded initiative formed to add new capacity to Nigeria’s electricity supply system. Azuri’s partnership with NDPHC highlights the government’s efforts to support the roll out of off-grid solar systems and its commitment to renewable technologies as a sustainable way to generate electricity for rural communities.

Azuri expects the deployment of the 20,000 solar home systems to create 500 direct jobs. There will be opportunities for people to become solar installers and agents (for a minimum of 24 months), with 5,000 indirect jobs also created in the process. Small businesses connected to Azuri’s system will be able to stay open for longer hours after sunset, while students can continue their studies in the evening and off-grid families can charge phones or listen to radios in their own home.

Following this launch, NDPHC, through the project, plans to start a phased rollout in northern Nigeria, followed by a nationwide deployment, targeting the 70 million Nigerians living in off-grid communities with solar home solutions.

Yemi Osinbajo, SAN, Vice-President of the Federal Republic of Nigeria, said: “Nigeria is committed to improving accessibility to power, especially solar power for the people.”

“Let me state at this point that NDPHC is actively involved in the presidential initiative on rural solar home lighting systems where 20,000 units of solar home systems in underserved rural areas with no access to grid electricity supply is being implemented,” Managing Director of NDPHC, Mr. Chiedu Ugbo said.

“Nigeria’s commitment to increasing its renewable energy mix marks an opportunity for a reliable solar alternative to address the challenges of energy access,” Azuri CEO Simon Bransfield-Garth said. “Azuri is delighted to be working with NDPHC and the Government of Nigeria for solar home systems to meet the immediate power requirements of rural communities.”