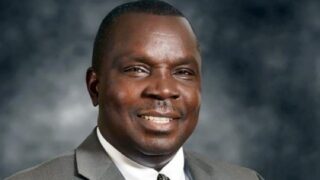 The alleged termination of the contract of appointment of Mr Austin Avuru as a Non-Executive Director by the Board of Seplat Energy Plc, has been challenged by Mr. Avuru through his legal counsel. The news about the termination which was circulated across the media on Thursday is believed to have been made “to do incalculable damage” to Mr Avuru’s “hard-earned reputation”.

In the statement made available to the media and signed by Counsels at Perchstone & Graeys, the general public was advised to discredit the sack announced by Seplat. “Our attention has been drawn to a publication issued by Seplat Energy Plc. (Seplat Energy/ the Company) on December 23, 2021, clearly designed to malign Mr Austin Avuru (our client), and well-circulated on both the mainstream and social media. By the publication, Seplat Energy announced the termination of the contract of appointment of our client as its Non-Executive Director on December 22, 2021, due to alleged breaches of the Company’s corporate governance policies and his fiduciary duties, and further called for his resignation as a director of Seplat Energy” the statement read.

The statement further noted that “our client has taken a dignified position on the issues leading to the ill-advised action. This is clearly evidenced by Seplat Energy’s letter dated January 9, 2021, confirming our client’s dignified position, and urging our client to act with confidentiality, which is customary to our client’s impeccable character. In a dramatic summersault and by letter dated December 22, 2021, received by our client at about 6 pm, Seplat Energy purports to terminate the appointment of our client from the Board. This was followed by a public announcement the next morning without as much even giving our client the opportunity to respond to a letter, content of which were otherwise grossly mischievous”.

The statement thus concluded that “the Company’s ostensible intent to terminate the services of our client and the subsequent publication was simply to play to the public gallery. Its real object was to do incalculable damage to our client’s hard-earned reputation. We will immediately respond to the fictitious allegations and reserve our client’s rights. The general public is hereby advised to discountenance Seplat Energy’s publication of December 23, 2021”.