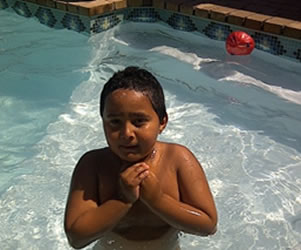 Autism: A Generation Of Heart-Break, Research, Love And Hope

Mental illness is the leading cause of disability in the world, according to the World Health Organization. More troubling: Four out of five people with psychiatric disorders live in developing countries, where they have few opportunities for treatment.

I am sure that just as hard as writing this article was, I speak for all parents of children on the autism spectrum. We cannot introduce you to someone with autism, this would mean introducing you to an estimated global statistic of approximately 43 400 000 people. (Ratio calculated based on average of 62 cases per 10 000 people out of global population of 7 billion people). This statistic cannot be conclusively accepted, but is calculated on actual CDC (Centre for Communicable Diseases – US and applied globally). As such, these extrapolations may be highly inaccurate (especially for developing or third-world countries). Autism is a developmental disorder which usually manifests in early childhood, especially these days. Children with autism exhibit distinct repetitive behavioural patterns and interests, mannerisms, and obvious deficits in communication and social interaction.

According to globalhealthafrica.org the earliest research on autism in Africa was carried out by Victor Lotter as far back as 1978. His research was carried out in 6 African countries. The result of his research was a low prevalence of autism. However, evidence suggests his research methods appeared may have been flawed. Since then, not sufficient African-based studies on Autism has been carried out on this disorder. The prevalence rate in the various countries on the continent is unknown. Outside the African continent, it has been observed that children born to Africans immigrants in Europe exhibit a higher prevalence of autism compared to the indigenous population.

Some are able to live relatively normal everyday lives, while others will require a lifetime of specialist support. Most scientists agree that autism is a genetic disorder. In rare cases, it has been associated with birth defects caused by agents such as heavy metals and pesticides.

Identifying autism as early in life as possible increases the chances of being treated sooner, which improves a child’s subsequent learning and development. A new checklist that only takes five minutes for parents to complete at doctor’s waiting rooms might well help do this, researchers from the University of California, San Diego, reported in the Journal of Paediatrics.

Autism in Africa is also plagued by cultural perceptions of witchcraft, where in some instances children and adults have been mutilated and killed. Awareness programmes, access to medication, access to medical treatment, counselling for parents and family members can literally be regarded as minimal within the African context.

There is a need for research to be carried out to determine the burden of Autism in Africa.

For many parents, this road is a nightmare. Accepting that your child probably has less chance of being “normal” is a pretty hard fact to absorb, internalise and accept.

The heart-breaking reality is that for many parents, today they are enjoying their child starting out with their first attempt at words, some a bit further on, looking at their parents for affirmation – to nothing. No talking and no eye contact. This reality takes your breath away in so many ways and leaves a constant reality of despair.

* Autism affects 1 in 86 South African children under the age of 6 years.

* Autism is 4 times more prevelant in boys than girls.

* Autism has been found throughout the world in families of all racial, ethnic and social backgrounds.

Currently there are 104 children on the waiting list for schools with Autism. The Department of Health have reported an estimated increase over the last 5 years of 500%. Currently approximately 10 children per week are being diagnosed at Red Cross Children’s Hospital, Lentegeur and Tygerberg Hospitals. This excludes children that are being diagnosed through private practise.

USA – The USA has literally recorded the increase in autism as the highest rate of prevalence than any other disease in their country (CDC).