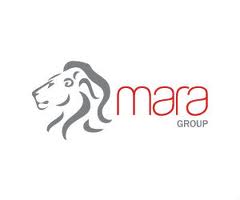 In line with its acquisition drive in Africa; Atlas Mara, an investment company created by ex-Barclays chief, Bob Diamond and Africa youngest millionaire, Ashish Thakkar is set to launch a second fundraising before the end of the year.

Atlas Mara said it plans to raise $400m through share sales to finance “future acquisition and bolt-on opportunities.” It intends to sell 36.5 million shares for $11 per share to investors.

It hopes to use the share proceeds to support its investment in BancABC, a Botswana-based pan-African bank, and also for future acquisitions and other corporate purposes.

The company’s maiden fundraising last year, which was done through an Initial Public Offering (IPO) on the London Stock Exchange, made a gross proceed of $325 million. Diamond and Thakkar also made a $20m personal investment in the venture.

The Africa-focused banking vehicle has since purchased a number of investments this year including a $265 million share acquisition in BancABC, a small stake in Union Bank and a pending deal to purchase majority stakes in the Development Bank of Rwanda.

Diamond set up Atlas Mara with Ashish Thakkar, the CEO of Mara Group, after he left Barclays in 2012 following accusations of manipulating the Libor interbank lending rate.

Despite the temporary setback, Diamond remains a veteran in the banking industry. He is listed amongst the very few global bankers that understands Africa’s banking system having spearhead Barclays’ growth in 15 African countries.