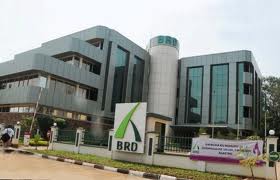 Investment firm, Atlas Mara has continued its interest in Africa’s financial services sector with plans to take over state-owned Development Bank of Rwanda (BRD), as it seeks to build a financial services firm with a visible presence in the region.

Rwanda had expressed plans to sell Banque Rwandaise de Developpement (its French name), which is partly owned by the state, as part of a broader privatisation programme, as it continues striving to become a finance hub in Africa.

“We are acquiring the government’s stake through this process which is just over 75 percent,” said Diamond to a news conference in Kigali, Rwanda’s capital city on Sunday.

In the new BRD deal, the bank’s activities would be split between Atlas Mara and the government. Commercial operations would be run by Atlas Mara, while the government would have a role bank’s development work.

Although the deal has not been sealed, according to Claver Gatete , Rwanda’s Minister for Finance, but a preliminary agreement had been signed. He said that the deal could be finalised within two months.

Rwanda had been putting plans in place to make its continental finance hub dream a reality, seeing privatisation as a key to building a great financial industry. The East African country had been selling stakes it held in other commercial banks, including 45 percent of Bank of Kigali.

Atlas Mara’s deal with Rwanda when finalised, would be in furtherance of its plan to build a financial services group in sub-Saharan Africa.

“BRD is an opportunity for Atlas Mara to create a privately run financial services group in Rwanda, which will serve as a platform for them to expand into the attractive east African market,”  a statement announcing the deal read.