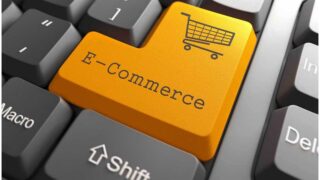 With the unprecedented arrival of COVID-19 came restrictions to prevent the widespread of the deadly virus. The lockdown was effective in almost every part of the world. Shops were locked, markets were shut, and opened occasionally to prevent starvation. This development expedited the shift to digital commerce, with mobile apps taking centre stage. The impact of the coronavirus pandemic on consumer behaviour has been significant. In the past 18 months, there has been a massive wave of consumers across the globe shopping via apps.

Although social distancing restrictions have been eased in many parts of the world, there’s no turning back for shoppers who now prefer online shopping. AppsFlyer, the marketing measurement and experience platform, recently released the 2021 edition of its State of eCommerce App Marketing report, outlining key global trends to guide marketers in building a mobile-first experience that will drive engagement and sales for the upcoming holiday season.

Having analysed over 750 million app installs across 7250 apps and three billion remarketing conversions across (EMEA), AppsFlyer discovered that the African mobile app market continues to show strong growth with more people accessing goods and services online than ever before.

Observation from the 2020 holiday season till this year reveals that retail apps are already approaching peak usage levels. This indicates that the eCommerce industry is entering the last quarter of 2021 with an elevated baseline. The report projects that with eCommerce installs increasing 55 per cent on Android, 32 per cent on iOS in 2021, and consumer spending climbing 55 per cent overall, the Q4 holiday season is expected to be record-breaking.

With this traction, Daniel Junowicz, RVP EMEA & Strategic Projects, at AppsFlyer urges retail brands to prioritise mobile apps as part of their strategy as the holiday shopping season is around the corner. “Marketers should look at optimising the overall user experience, including the transition from mobile web to app,” said Junowicz.

“In addition, deep linking can help ensure customers reach their intended destination within a mobile app smoothly and contextually. If last year is anything to go by, marketers that get their mobile app strategy right will see significant revenue and acquisition growth,” he said.

eCommerce installs remained steady throughout 2020, but it surprisingly spiked by 16 per cent in 2021 (Q1 vs Q2). Within the period in review, iOS showed strong growth, with a 33 per cent increase, and by comparison, retail app installs on Android haven’t changed.

However, in many iOS dominant regions, remarketing took a hit following the loss of Identifier for Advertisers (IDFA) as part of Apple’s update to iOS 14. However, given Android’s dominance in Sub-Saharan Africa, this has not been felt. Android downloads increased by five per cent between May and July of 2021, while iOS witnessed a decline of 12 per cent and iOS remarketing lost 30 per cent while Android gained 10 per cent.

The 2020 holiday season saw heavy usage of remarketing as marketers looked to capitalise on key shopping periods. There was a 22 per cent lift in remarketing conversion rates between Q3 and Q4, and this reached nearly 40 per cent when comparing October to November.

The report also revealed that non-organic installs dropped by 26 per cent between Q1 2020 (pre-pandemic) and Q2 2020 (as the pandemic hit) because marketers throughout the region were cautious of their spending budget at the start of the pandemic. However, this level of cautiousness was transient, with non-organic installs rising by 18 per cent in Q3 and has remained steady ever since.

As a result of the economic uncertainties that clouded people’s minds during the lockdown, consumer spending fell by 50 per cent between March and April, at the start of the pandemic. But as it became clear that consumers would need to adapt to a new normal of shopping digitally, spending recovered at a fast pace. This is reflected in the 256 per cent rise in overall spending in retail apps between April and May 2020. In all, there was a 55 per cent increase in consumer spending on apps in 2020.

Spending in 2020 peaked in November, majorly because it coincided with Black Friday and the lead-up to the festive season of Christmas. Consequently, there was a 60 per cent uplift between Q3 and Q4. This increase in spending made a positive transition into 2021, and a 65 per cent increase was recorded comparing H1 2020 with H1 2021.

Asides from the fintech industry that has been leaving indelible prints in the African continent in recent times, the eCommerce industry is another noteworthy thriving industry. Projections made by McKinsey Global Institute (MGI) indicate that by 2025, e-commerce could account for 10 per cent of the entire retail sales in Africa’s largest economies, a value that is equivalent to $75 billion online sales per year.

This industry has some big players and new players are still entering as the clock ticks. We have industry giants like Jumia, Konga, take a lot, and Kilimall. With 76 million shoppers, Nigeria is Africa’s biggest eCommerce market. The most popular online marketplace in Africa, Jumia, and Konga have their headquarters in Nigeria. South Africa is home to takealot.com, the largest e-commerce platform in the country, while Kilimall was founded in Kenya.

Although with an applaudable status and bright prospect presently, the industry is laden with a problem of parity. According to a report by the International Finance Corporation, (IFC), if the gap in sales between female and male vendors was closed, over US$14.5 billion could be added to the value of the African e-commerce market between 2025 and 2030 – a gain that would continue to accumulate in future decades. In other words, for every year that gender gaps go unaddressed, just under US$3 billion in market value is lost.