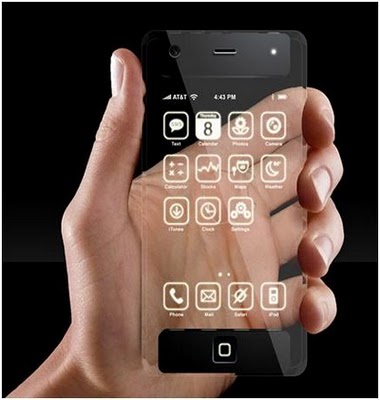 Steve Jobs had just left the building and it was up to Tim Cook to mount the stage to unveil the next big thing Apple had to offer. Rumor had it in the tech community that the iPhone5 was to be unveiled, but then the iPhone 4S hit the presentation screen to the disappointment of so many Apple enthusiasts and users – even the numbers from Wall Street experienced a downward slope. Could this signify the end of Apple’s reign in the tech world, or at least on the mobile turf?

Prior to iPhone 4S, the iPhone 4 was said to be perfect in design and look – that is all on the appearance right? Well, Apple made no mistake in tweaking anything in that regards, but instead delved ‘inside of the phone’ to make it even better. A look at the iPhone 4S in the box and one could mistaken it for the iPhone4, but after using this device for just a minute, the difference becomes clear.

Inside the iPhone 4S

iOS is an operating system in a world of its own, not only because its uses is restricted to Apple, unlike Android, but also because it is way ahead of other mobile operating systems. iOS5, with over 200 new features, makes the iPhone 4S a better phone, as it takes into account the user experience. The iPhone is purely touch, and thus navigation, interface and ease-of-use cannot be compromised. It would take an iphoneclopedia to catalogue all the features that comes with the iOS5, but perhaps the most impressive is the Twitter Integration which allows one to tweet directly from Safari (iPhone browser), Photos, Camera, YouTube, and Map; now that’s sharing redefined! Others include the new notification center, and iMessage.

The iPhone 4S comes with an A5 chip of two cores. The implication of this is that the user gets to have double the experience in terms of performance – including response time, processing time, app-launch, and even graphics related operations like gaming, and watching videos.

Did you know the iPad2 uses the same Dual-core A5 chip? It’s pretty amazing to have the same chip on a mobile phone.

iPhoneography got a boost with the 8 megapixels and all-new optics that came with the iPhone 4S. Besides an increase from 5 to 8 megapixels, the iPhone 4S takes on an additional lens and face detection feature to give better quality image. As for video, HD recording is up a notch with Video stabilization and 1080 p (also known as Full HD) – even though the 30 frames per second as seen on the iPhone4 is maintained. The iOS5 and A5 chip contribute immensely to the camera output, and extras like accessing the camera from the lock screen, as well as editing an image on the phone, make the iPhone 4S and outstanding phone.

I suppose the best way to explain this is to just say it as it is. With iCloud, you get to have ‘same’ content on as many Apple products that support such content – simultaneously. So the song you buy on iPad via iTunes automatically gets on your iPhone 4S, and that poster you designing on your iPad can be shown to your friends on your iPhone 4S. You can continue working on a project – whether document or media production from one platform to another. The trick is having media and documents on iCloud and accessing them with any compatible Apple product.

Perhaps this is what raises the iPhone from the phone shelf in a gadget store to a pedestal of its own. Siri is an implementation of artificial intelligence on the mobile platform. One may not get a full grasp of how it functions in text, but a good go at it will be to imagine a personal assistant trapped inside of a phone or, better yet, taking a genie from a lamp into a phone -your wish is still its command. The most common things Siri helps with including: setting reminders and working your schedule, locating places and utility buildings, checking weather forecast, and doing what the old phone was meant for – calling and sending messages.

Pros
In the real sense of it, all the features and upgrade can be considered pros; a comparison of the iPhone4 and iPhone 4S clearly emphasizes the following:

Cons
I suppose some sacrifices had to be made and principles upheld but, some, if not all, have turned out to be cons of the iPhone 4S. These are the major ones:

Having looked at the features, Pros and Cons of the iPhone 4S, Apple’s done a good job on the ‘inside’. All of the features that have been added or upgraded make the iPhone 4S a phone to buy (or give as a gift) – Siri seems to stand out of all features, as it’s like a technology from sci-fi.

Upgrades are available for iPhone 4 to get iOS 5, but then you forfeit Siri. If you are not getting the iPhone 4S for Siri, then the camera – 8mp, all new optics, and 1080p video; A5 chip – dual-core for faster processing should get you on the queue to get one, as these redefine the total user experience.

Importantly, the iPhone 4S is both GSM and CDMA compatible, so it can be used in any GSM and CDMA network area – including Africa.

It is a good thing Apple focused on the ‘inside’ when it came to the iPhone 4S, as the the iPhone 4′s design – i.e. the casing, screen size, et al, did not need any change. In the words of Matt Burn:

“It is the pinnacle of Smartphone design. I simply could not imagine how they could alter it to make it better. Even making it thinner would mean that it wouldn’t fit as nicely in your hands for taking pictures.”

For a while, the iPhone 4 was on the throne as the best Smartphone, however, its time is over as iPhone 4S has ascended to the top spot.

Image via Apple and 9ori.com