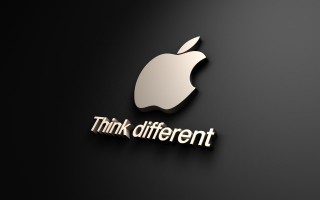 Apple set to launch Apple TV Plus in a few months

American technology giant, Apple, has announced plans to launch an online video streaming service called Apple TV Plus. According to the company’s Chief Executive, Tim Cook, the new platform is “unlike anything that’s come before,” and will be launched in November.

Moreover, Apple disclosed that it will be airing programs featuring notable celebrities. Some of these include The Morning Show with Jennifer Aniston and Reese Witherspoon, as well as video subscriptions such as Home Box Office (HBO) or Starz.

Oprah Winfrey and Prince Harry have also teamed up on a mental health docu-series. In a statement posted on Instagram, Prince Harry said, “Our hope is that this series will be positive, enlightening and inclusive – sharing global stories of unparalleled human spirit fighting back from the darkest places, and the opportunity for us to understand ourselves and those around us better.”

In addition to this, Apple also introduced Apple TV channels, which combine the regular cable subscription services and streaming services like Amazon Prime Video into the Apple TV app.

With the unveiling of this new platform, Apple will be competing with established VoD player, Netflix as both streaming services possess a lot of similar features.

Netflix is a long-time player in the industry. Among other factors, the company’s dominance in the entertainment space is believed to be driving some cable operators – such as Zimbabwe’s Kwese TV – out of the market. Meanwhile, other pay-TV platforms like DSTV has had to cut down its subscription charges due to competition as Netflix records growing demand.

However, a less likely attraction for Apple TV Plus will be its strong affiliation with its products. The new streaming service might be available only to users of iOS phones.

CNET mentions that Apple’s hope is that viewers will come for Oprah and then tack on other paid services to watch HBO, Starz or Showtime all in the same place. In this case, Apple would make the video streaming service available to consumers without its gadgets and then charge a subscription fee.

Although Apple’s exact plan is unknown for now, its imminent entry into the video streaming space would no doubt increase competition in an already intense space where major players like Netflix, Hulu and Amazon Prime Video all contest for limited consumer attention.