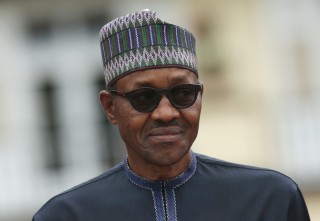 Annual economic index: What happened to Nigeria’s economy in 2021?

2021 marked a crucial period for Africa’s largest economy. After the hampering effects of the pandemic, it needed a speedy economic recovery. At the end of each quarter of the year, the National Bureau of Statistics (NBS) reported economic growth. However, its only metric for growth was Gross Domestic Product (GDP). GDP only measures the volume of economic activity and is, therefore, an ineffective indicator of economic health. Also, JP Morgan projected slower than expected growth for Nigeria’s economy. So who was right and wrong? We’ll leave you to decide by looking at how Nigeria performed in some key areas.

The stock market is often a reflector of investor confidence in a country’s economy. At the end of 2020, Bloomberg named the Nigerian Stock Exchange the best-performing stock market globally. However, investors were not as confident this year. The All-Share Index (ASI), which tracks the performance of all stocks on the exchange floor, is ending the year with mild gains. The third quarter of the year was a major recovery period for what could have been a bearish year on the exchange. The ASI gained only a little over 5 per cent this year, far less impressive than its 50 per cent rally last year.

Inflation affects all aspects of the economy, from consumer spending, business investment and employment rates to government programs, tax policies, and interest rates. When prices for energy, food, commodities, and other goods and services rise, the entire economy is affected. As of November, the Nigerian Bureau of Statistics (NBS) said the headline inflation rate had dropped for the seventh month in a row. Nigeria’s inflation rate fell to 15.99 per cent in October compared with the same period last year and was 0.64 per cent lower than September’s annualised reading. However, inflation has exceeded the central bank’s targeted rate of 6–9 per cent for years. Moreover, the decline in headline inflation shows a paradox, compared to the constantly rising food prices.

We previously argued on whether a stronger naira is Nigeria’s priority today (it was one of my favourites, by the way). While Nigeria might have bigger problems, a strong currency is an important part of the economy. Generally, strong currencies denote strong economies. Having a strong currency lowers the cost of imported goods, enabling lower prices for consumers. It also lowers the cost of credits because the low inflation keeps interest rates low. It also reduces the cost of foreign investments. At the beginning of the year, the naira traded at N380 against the dollar at the official market. Today, the naira has weakened to N413/$ at the official market. The dollar also became expensive at the parallel market as local demand surged. One notable reason was the CBN’s decision to stop selling forex to Bureau De Change operators. It also banned AbokiFX, a popular platform that provides black market exchange rates. As a result, black market rates became more difficult to track since September. The naira reached an all-time low of N580/$ at the black market in the same month.

Earlier this year, we discussed Nigeria’s revenue and spending problems. This piece demonstrated how Nigeria was not making enough money to finance its needs. Last year, Nigeria made N3.42 trillion in revenue, which is extremely low compared to the N10.2 trillion in 2019. As of October, the Finance Minister said the country had generated N3.93 trillion — 27 per cent lower than its revenue target for 2021. Nigeria planned to generate N7.9 trillion in revenue this year. The country is highly dependent on oil earnings. But Nigeria’s oil revenue has been declining, and Libya displaced Nigeria as Africa’s largest oil producer. On the positive side, non-oil earnings are becoming more dominant. Nigeria generated N1.15 trillion as non-oil revenue between January and August 2021 — 15.7 per cent above the prorated target of N992.62 billion set by the federal government.

Nigeria’s foreign (external) reserve is closely watched data due to its significance on the country’s ability to match pent up demand for forex, especially from institutional investors. Nigeria’s foreign reserve rose to $40 billion for the first time in two years in October. That month, Nigeria’s reserves got a boost from the $4 billion Eurobond raised by the federal government from the international debt market. There was also the $3.35 billion direct allocations approved by the International Monetary Fund and China’s $1.5 billion. However, these funds contribute to Nigeria’s debt profile. At the end of the third quarter of the year, Nigeria’s public debt reached an all-time high of N38 trillion.