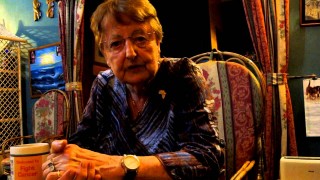 Last year, Uganda ranked an impressive 35th on the Economist Intelligence Unit’s 2015 Quality of Death Index, which gathers data on palliative (end-of-life) care globally. The index takes into account the advancements that countries are making towards providing healthcare for patients who are approaching the end of their lives. Countries are judged based on their healthcare environment, quality of care, affordability, human resources and community engagement.

Uganda emerged at the top of the list among African countries, after South Africa, proving that poorer countries can rise to the challenge of providing palliative health care to its citizens. The Ugandan government was praised for funding the purchase of morphine and providing it for free to those who need the drug, as well as training nurses and other medical and clinical assistants to prescribe the drug.

Anne Merriman, a palliative care specialist from Britain, founded Hospice Africa in Uganda (HAU) in 1993, making the aforementioned ranking possible. Her hospice is responsible for composing the liquid morphine formula used in hospices throughout Uganda, in collaboration with the pharmacists from the National University Hospital. Her work with opioids in the country, which involved sensitisation the Ugandan narcotics police about its medical and legal uses (and curing opiophobia),  has helped to bring relief from pain for thousands of Ugandans,and generally improved their terminal health situations.

HAU’s morphine recipe costs $2 per 16-ounce bottle to make and comes in green, pink and blue colours, depending on the strength of the mixture. A bottle can last a patient for up to one week. The presence of oral morphine in Uganda has significantly reduced painful deaths, while improving the sleeping, eating and living habits of patients in hospices.

Dr. Merriman has aspired to help Africans who are suffering from the tender age of four. She was born in Liverpool, England in 1935 and spent 33 years after graduating medical school working in Uganda, Kenya and Nigeria to provide healthcare. Tanzania, Cameroon, Malawi and Sierra Leone, amongst other African countries, are currently benefitting from the initiatives of her Hospice Africa’s International Programmes.

In 2013, she was awarded the Presidential Distinguished Service and the African Palliative Care Association lifetime achievement honours for her service in Uganda and other parts of Africa and Hospice Africa Uganda received the Advocacy Award for its achievements in providing palliative care.

Anne Merriman was nominated for the Nobel Peace Prize in 2014. She dedicated the nomination to everyone who had helped her to care for the terminally ill.