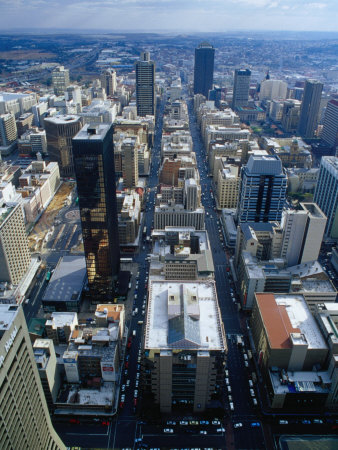 African countries are recording an increase in urban migration with locals keen to explore cities in search of fresh opportunities for a better wellbeing.As a result of the this trend, over 50 cities across the continent now home to more than 1 million inhabitants. This makes the improvement of urban infrastructure on the continent crucial.

In view of this, the African Business magazine and IC Events, have collaborated with the United Cities and Local Governments of Africa (UCLG-A) to organise the 2nd Africa Urban Infrastructure Investment Forum (AIIF). The Forum supported by the UN-Habitat will hold from 19th to 20th January, 2015.

Angola, a major oil producer in Africa, and has over 60 percent of its population living in urban areas will host the event where a case will be made for investing in urban infrastructure on the continent.

“This is a great opportunity to debate fundamental questions about infrastructure development in the continent and also for Angola to showcase the efforts done for the creation of a solid base for sustained development and the raising of living standards of its citizens,” said José António M. da Conceição e Silva, the Angolan Minister of Urbanism and Housing, while speaking about hosting the event.

According to the UN, the populations of some cities in Africa will rise as much as 50 percent by 2030.This presents a great opportunity, but with it comes a greater challenge. Today, 72 percent of urban dwellers in the continent live in slums and their living conditions are often worse than those in rural areas, organisers of the event said in a statement.

However, “the future of Africa, as it is in other parts of the world, is urban,” said Jean Pierre Elong Mbassi, UCLG Africa Secretary General and an African expert in urbanisation.

What is certain is that planning is needed to turn these cities into economic powerhouses, and ensure they are match the standard of the 21st century.

“A new paradigm of development gives a particular role to cities and local authorities as the transformation locus and agent of African societies. From now on, cities of Africa should take the lead in shaping the future of the continent,” Mbassi stressed.

Over 350 guests are expected to attend the Forum. These include heads of state, government officials, funding agencies, think-thanks, academics, urban planners, designers, developers, and potential investors, who will participate in the discussions. There will be a strong representation of the private sector, especially construction, urban planning, infrastructure and funding related companies at the Forum.

“The forum will propose concrete steps to be taken to maximize the effectiveness of urban infrastructure development, from finance through design to implementation,” said Tomas Paquete, Events Director at IC Events, the events division of the pan-african publishing group IC Publications.

“These will be incorporated in the works of the 7th Edition of the Africities Summit from 01 to 05 December 2015, in Johannesburg, South Africa.”

Paquete said that the forum will also stress the importance of tapping into both African and international capital to finance infrastructure development, as well as identify viable and innovative financing models to make infrastructure projects more attractive to investors.

“London, New York, Los Angeles, Mexico city, Hong Kong, Tokyo, Mumbai are all core to their nation’s economies and unless we have suitable cities our economic development will be held back,” he stated.