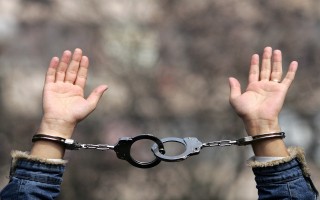 Over 50 people have been arrested in Egypt on charges of debauchery, inciting sexual deviancy and joining an outlawed group in what has been described as one of the worst crackdowns in Egypt against people based on their perceived sexual orientation. The arrests started in late September after some people raised rainbow flags — a symbol of LGBTQ rights — at a concert in Cairo. Since then, there has reportedly been a nationwide witch-hunt for homosexuals by the Egyptian authorities. Of which so far, nine people have received prison sentences of up to six years with many more facing trial.

Egypt has a long-standing culture of repression on its citizens, particularly on women and the press; therefore, the ongoing crackdown on the LGBTQ community is not surprising. Still, one cannot help but wonder what the business of the government is with two consenting adults engaged in intimacy. And if at all it was anyone’s business, wouldn’t it be that of religious organizations.How does one’s sexuality translate to debauchery, and how does it incite sexual deviancy?

People who stand in solidarity with the LGBTQ community are also being arrested and tortured. A young woman, Sarah Hegazy, has reportedly been in detention for over 15 days where she has been beaten and subjected to interrogations although she has said that she isn’t gay but only supports the rights of LGBTQ individuals. Still, the authorities accuse her of belonging to an outlawed group whose aim is to disrupt societal cohesion.

According to Najia Bounaim, North Africa Campaign Director at Amnesty International, the authorities’ decision to investigate the rainbow flag incident as a criminal act is ridiculous. “No one should be punished for expressing solidarity with LGBTI individuals or based on their perceived sexual orientation,” she said.

Mashrou’ Leila, the band whose concert initially provoked the ongoing witch hunt, has also spoken up against the ongoing crackdown on the LGBTQ community and the general widespread repression in Egypt. “We cannot begin to explain how saddened we are to see yet another era of backwards tyranny creep over one of our most beloved countries and audiences. This crackdown is by no means separable from the suffocating atmosphere of fear and abuse experienced by all Egyptians on a daily basis, regardless of their sexual orientations,” the band posted on their Facebook page.