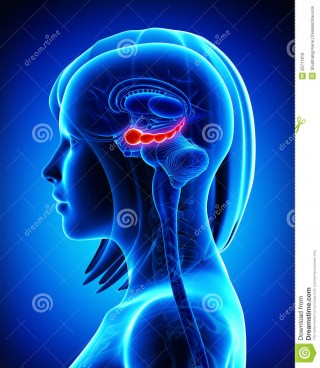 Why a breakthrough for Alzheimer’s is important for Africa

Researchers at the University of Southern California (USC), and the Wake Forest Baptist have developed a new brain implant (prosthesis), to treat Alzheimer’s disease – a condition that is currently incurable. The implant is presently being tested on humans, and the results from the work were recently presented at the 37th Annual International Conference of the IEEE Engineering in Medicine and Biology Society in Italy in August.

Electrodes from the implants are placed in regions of the hippocampus, the memory center of the brain, which researchers explain is where complex electrical signals travel through when the brain receives sensory information to form a memory.

The implant is also hailed as a potential treatment for the symptoms of dementia in general. Researchers state that although it will not cure or slow down the progression of the condition, the prosthesis could be effective if it is developed further and successfully tested in humans.

Worldwide, nearly 44 million people have Alzheimer’s or a related form of dementia, even though most of the numbers come from Western Europe and North America. The disease is least prevalent in Sub-Saharan Africa. The global cost of Alzheimer’s and dementia is estimated to be $605 billion, which is equivalent to 1% of the entire world’s gross domestic product.

According to a World Health Organisation bulletin, only a few studies have been conducted in sub-Saharan Africa to determine the prevalence of dementia. The “Prevalences of dementia and cognitive impairment among older people in sub-Saharan Africa: a systematic review”, by Angelique Mavrodaris, John Powell, and Margaret Thorogood is the first of its kind carried out in the region.

Although developing countries in Africa currently record the least number of dementia patients, this could change by 2050. The 3.6 million people living with dementia worldwide is likely to increase every 20 years, and majority of them live in developing countries in Africa, Asia, and Latin America. Consequently, the health and social burden of dementia and cognitive impairment in these regions will rise dramatically.

Studies obtained on the prevalence of dementia in Sub-Saharan Africa show that Benin, Central African Republic, and Nigeria have a 2.6, 8.1, and 2.8 percent record respectively. According to the studies, dementia and cognitive impairment are set to be one of the biggest public health challenges in sub-Saharan Africa in the 21st century.

Compared with communities in developed countries, social impairment is not as highly associated with cognitive impairment in African communities, as social functions and participation of elderly individuals in African cultures differ from those of Western cultures. And because the factors associated with normal functioning in old people also differ in both regions, it presents challenges in assessing cognitive change and mental health in sub-Saharan Africa.

Some of these hurdles can be overcome with qualitative analyses to investigate cultural perceptions of dementia from the perspectives of the community, caregivers, and individuals with dementia. While mental health may not be high on the priority list for global health initiatives in developing countries, estimates show that these initiatives need to be on the proactive of trying to prevent and provide care for the growing population of those citizens who will need care, if not now- then likely in the future.