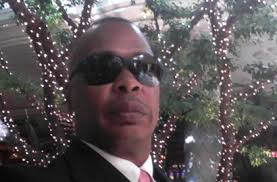 US Businessman Rallies African Americans To Invest In Africa

African American businessman, Jerome Almon has launched a $100 billion initiative that aims to rally the support of African Americans to aid economic development in Africa.

Almon’s plan targets $230 billion Black American investment in Africa by 2017, with $110 billion being direct grants. Almon believes the plan can be expanded to create thousands of modern and developed families in Africa.

“The plan would create millions of new African business owners worldwide, increase the income of the average African, create thousands of new millionaires, and dozens of new billionaires in a wide range of categories.  It would solve most the problems Africans and African Americans have.” Almon says.

The campaign, ‘The Power of one Trillion’, will be centered on an online portal, www.thepowerof1trillion.com.

Jerome Almon plans to sensitize Africans Americans and Africans scholars, business owners, and government officials on the new initiative and refresh their memory on their remote origins through scheduled conferences in the United States of America and other parts of the world.

According to Almon, apart from the fact that Afro-Americans have their roots in Africa, economists put “the current African American GDP at $2.25 trillion, growing to $2.6 trillion by 2017”.  He proposes that total Black American investment in Africa can reach $230 billion by 2017, with $110 billion being directed grants. With an initial focus on South Africa, Almon believes the plan can be expanded to create thousands of new African and African American millionaires, dozens of new billionaires, and elevate the poor to the middle class.

Almon believes that ties with African people will save lives and increase friendships: “African Americans need a larger goal to concentrate on, as we had during the Martin Luther King era. As Africans, we need to tie ourselves to the continent and its people. African Americans want to do much more for Africa, but do not know how”.

The campaign will provide venture capital for entrepreneurs in both societies and hard currency to African banks as Almon suggests.

It will also fund major infrastructure projects from water purification plants, road, bridge, dam, power/green technology projects, while the state of the art health facilities will be touched too.

Education and advanced education in Africa will be another sector to be founded and the grants to African governments will be given too.

According to Almon who is also a US war veteran,  African Americans “already spend the $1 trillion+ and get nothing for it.” He  said: ” With the plan, we get everything for it – a place to call home (Africa), a worthy cause in life, we will live the lifestyle our economic reality allows (we are in the top 6 percent of countries in terms of the size of our economy and will be in the top 3 percent by 2017, but live and behave economically as if we are in the bottom 6 percent and 3 percent), and most importantly we pull our weight as Africans and contribute to the growth of Africa as all other Africans do and have.”