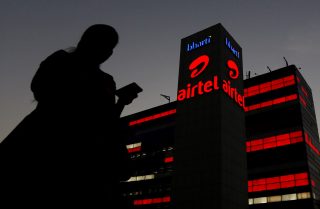 Airtel Africa floats shares in $4.4 billion listing on the NSE

Airtel Africa has been admitted to the Nigerian Stock Exchange (NSE) in a $4.4 billion floatation, after overcoming initial challenges that saw its listing postponed last week. The company issued 3,758,151,504 ordinary shares in a Cross Border Secondary Listing on Tuesday, July 9, 2019.

The telecoms company had previously listed on the main market of the London Stock Exchange (LSE) – the primary listing exchange – at 80 pence per ordinary share two weeks ago. However, it closed the first day of trading as one of the worst debuts on European exchanges this year, despite offering shares below its valuation.

After the float went live in Nigeria, the shares climbed up 10 percent from the listing price of N363 per ordinary share on the Main Board of The Exchange. About 100,000 shares traded at the debut, lifting the main stock index from its seven-week slump.

“Listing on the Exchange reaffirms Airtel Africa’s long-term commitment to expanding opportunities and providing everyday services to Africans and Nigerians in particular … This listing serves to deepen the telecoms and technology sector for investors and provides an opportunity for a wider group of Nigerians to be part of the African telecoms growth story,” Chief Executive Officer of the NSE, Oscar N. Onyema said while commending Airtel Africa on the listing.

Also, the admission of the Airtel Africa’s shares has added N1.36 Trillion to the market capitalization of The Exchange as it became the bourse’s third-largest stock by market value (after Dangote Cement and MTN Nigeria).

Airtel’s listing comes after its main rival, MTN Nigeria (MTNN), listed on the NSE in May in a $6.5 billion float that made it the second-largest stock on the bourse by market value. It also becomes the second company to list in London and Lagos following an Initial Public Offering (IPO) by oil firm Seplat, who were first.

On the successful dual listing in London and Lagos, Onyema added that it gives “credence to the successful partnership between the two exchanges. (And) I encourage similar situated companies to explore the different opportunities for raising capital on the Exchange’s platform.”

Airtel Africa (a subsidiary of India’s Bharti Airtel) is a leading provider of telecommunications and mobile money services. It is the holding company of Airtel Networks Limited (Airtel Nigeria) and operates across thirteen other countries in the continent including Congo, Gabon, Niger, the Democratic Republic of Congo (DRC), Tanzania, Zambia, Kenya, Chad, Madagascar, Malawi, Rwanda, Uganda, and Seychelles.