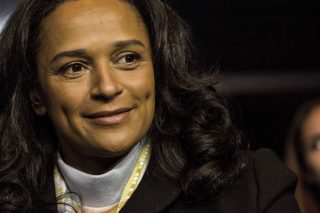 After the Luanda Leaks, the deluge: the lid comes off the pilfering of Angola’s wealth

Unsurprisingly, Africa’s richest woman, Isabel dos Santos, is deploying her resources and political clout in pushing back against the charges of fraud, embezzlement and money laundering in Angola, which are backed by a pile of data released to media houses earlier this month by the International Consortium of Investigative Journalists (ICIJ).

Tagged Luanda Leaks, the cache of thousands of documents details how Isabel and her husband benefited from close ties to the former president in Angola. The relationships supposedly enabled Isabel to purchase stakes in companies and build her business empire. Isabel, the daughter of José Eduardo dos Santos, who was Angola’s president from 1979 to 2017, has blasted the leaks as part of a “politically motivated campaign” and has initiated legal action against the ICIJ.

The move comes as the acclaimed businesswoman, whose net worth is estimated at over $2 billion, tries to regain the high ground after a series of recent setbacks that trailed the Luanda Leaks. Her assets were seized at the end of December on the orders of an Angolan court while the Portuguese judiciary opened a money-laundering investigation into her on the back of a complaint by former MEP Ana Gomes.

But Dos Santos’s efforts, however, are unlikely to put the lid back on the box opened by the Luanda Leaks. Above and beyond her own legal problems, the cache of documents exposes the deep roots of corruption in Angola. As one Angolan commentator noted, “perhaps the Luanda Leaks aren’t so much an indictment of Isabel dos Santos but rather the weakness of the Angolan state […] What was once discussed in hushed tones around Angolan dinner tables has now been splashed across the front pages of the world’s newspapers”. With the floodgates now opened, it’s indubitable that further corrupt deeds from high-level officials who have sucked Angola’s wealth into offshore bank accounts will come to light.

The blight at the heart of Isabel dos Santos’s empire

Former Angolan leader José Eduardo had hoped to slide gracefully into retirement—remaining at the helm of the country’s ruling political party and leaving his legacy in the hands of his children. As Angolans went to the polls to elect their first new president in nearly four decades, Isabel was installed at the helm of state oil giant Sonangol, while her brother Jose Filomeno headed Angola’s sovereign wealth fund.

Analysts were sceptical that the president’s hand-picked successor, João Lourenço, would be anything other than the long-time leader’s stooge. They – and dos Santos – had badly miscalculated. Lourenço has since become an anti-corruption crusader, sacking Isabel and Jose Filomeno from their lucrative positions and investigating allegations that they spirited large sums out of Angola.

The Luanda Leaks also implicate an array of international audit firms and consultancies. In fact, they have now served as the final nail in the coffin of the myth that Isabel carefully crafted alongside consultants from PwC and BCG: that of a self-made businesswoman who had earned her fortune through judicious investment.

Dos Santos and her husband, Congolese businessman and prolific art collector Sindika Dokolo, built a network of more than 400 shell companies in over 40 countries – many located in opaque jurisdictions, from Malta to Mauritius. When major financial institutions baulked at dubious money flows, dos Santos and Dokolo bought shares in banks to further finance their grift. And all of it was built on the billions of dollars of contracts, loans, consulting jobs and licenses which Jose Eduardo dos Santos’s administration handed his daughter’s companies.

The spotlight on the arsenal of tricks Isabel dos Santos used to enrich herself on Angola’s back has also fallen on the international organizations which enabled her and her family. The director of private banking at Portuguese bank EuroBic – which had overseen suspicious transfers from Sonangol’s account and in which dos Santos owned a 42.5 percent stake – was found dead on January 23, days after Portugal’s central bank began inspecting Eurobic’s anti-money laundering procedures.

Regulators may also turn their attention to some of the murkier schemes through which Westerners have helped rich Angolans surreptitiously move money abroad. Such stratagems often involved the creation of front companies abroad, which the dos Santos administration then awarded lucrative contracts.

In one example outlined in the Angolan press, former president dos Santos asked former French journalist Marc Francelet to set up a consulting firm that would oversee the development of a public health system for Angola. If Francelet, who’s been convicted of everything from defrauding the French unemployment system to palming off stolen paintings, was a questionable choice to implement a healthcare project, the way he went about fulfilling the contract is even more dubious – raising suspicions that the entire project was a scheme by Francelet and other fringe entrepreneurs to help the dos Santos family launder money overseas.

Francelet and dos Santos entrusted the development of the health system to a Singapore-based company, Brave Ventures Pte Ltd, owned by Swiss art dealer Yves Bouvier. Like Marc Francelet, Yves Bouvier has faced his share of legal troubles back home in Europe, standing accused of defrauding his former client out of more than $1 billion and evading CHF 165 million in Swiss taxes.

According to Angolan reports, some of the money dos Santos transferred to Brave Ventures appears to have disappeared into Yves Bouvier’s bank accounts, while a French court case raised questions over €450,000 in wire transfers between Brave Ventures and Marc Francelet’s consulting firm for which Yves Bouvier could not provide adequate justification. Through another of his companies, Agro 88, Bouvier was apparently running a similar scheme for Angolan general Higino Carneiro, one of the former president’s closest allies and currently under investigation for misdeeds including abuse of power, money laundering and embezzling public funds.

It’s still unclear whether Yves Bouvier, Francelet and their coterie of rogue European entrepreneurs worked directly for Isabel dos Santos – though the combination of the enormous art collection amassed by Isabel and her husband and Bouvier’s network of freeports where art is often stored to avoid tax will undoubtedly raise questions. In fact, very few people know where the couple’s art collection is kept.

Above all, the case highlights how Angola’s weak rule of law and the culture of corruption which thrived under dos Santos’s administration acted as a magnet for morally bankrupt Western entrepreneurs and firms. In a recent interview, Sindika Dokolo argued that rather than interrogating him and his wife about the financial shortcuts they employed to build their empire, they should turn to the Western auditors and consultants, such as PwC and BCG, which advised the couple. Dokolo has a point – the dos Santos clan bears a great responsibility for despoiling Angola of its wealth, but so do the Western fixers and financial institutions which helped them.