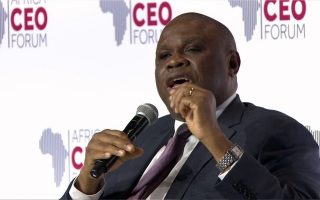 After Brexit, UK has opportunity to reshape trade relations with Africa – Afreximbank President

With the United Kingdom (UK) having officially left the European Union on January 31, it is impossible to underestimate the importance of strengthening the UK’s trade with Africa. As it looks to international markets post-Brexit, it has an opportunity to reshape its trading relationship with Africa.

This comes at an opportune moment, as the launch of the African Continental Free Trade Area opens the door for a rapid expansion in economic activity driven by a young population and directed at generating wealth higher up the value chain. The UK is among the world’s leading centres of capital and expertise, and African businesses are increasingly looking to financial hubs such as London to accelerate their growth trajectory.

The recent UK-Africa Investment Summit showed that the UK is serious about seizing the opportunity for working together and that it is ready to build a new model for engagement over the coming years.