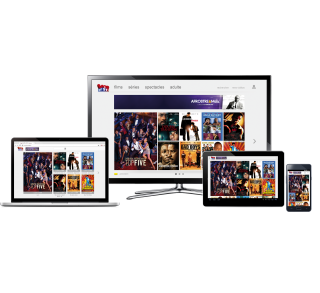 Orange Digital Ventures, a firm which supports start-ups transforming the communication and digital sectors has announced plans to fund Afrostream, a subscription video on demand service (SVOD). Thereby expanding its services formerly limited to Africa, African American and African-Caribbean films and television series as the first steps in their project for global expansion. The corporate fund will enable the French start-up grow its presence in Europe, Africa and South America.

Competition for Africa’s Video-on-demand market is heating up with a number of key players seeking out ways to diversify their online streaming business. Afrostream will be tasked with trying to compete in a market, where subscription video on demand services (SVOD) are beginning to increase in both quality and number of services. In April, iROKOtv, the world’s largest online distributor of Nigerian movies, signed a deal to have its content featured on StarTimes Media bouquet. And shortly after EbonyLife TV, Africa’s first global black multi-broadcast entertainment network, revealed that it was also entering the VoD market.

However, as many suggest the future of television is mobile, such a strategic alliance with Orange will help bolster the revolution of the entertainment industry. Afrostream will now host African content generated through the use of the best mobile internet.

The movie streaming service has received support from Orange Fab France and Y combinator, a funds accelerator based in Silicon Valley.The latest investment re-affirms Orange’s support to talented entrepreneurs to aid the transformation of their visions into an industrial success. By providing its expertise in networks, distribution and payment, Afrostream will be able to take advantage of countries with large African diaspora populations.

Pierre Louette, Deputy CEO of Orange and President of Orange Digital Ventures, said “This investment is part of ODV’s ambition to finance services that are able to address different geographical areas in which Orange is present. It will enable us to develop the video-on-demand market, particularly in Africa. It will also enable us to enrich the content we already offer to our customers in France, as Afrostream should be launched on Orange TV by next summer.”

Afrostream’s unlimited SVOD streaming service is already available on all connected screens in France, Belgium, Switzerland, Luxembourg, Senegal and Côte d’Ivoire. It features programming for the entire family and includes cartoons, concerts and documentaries, in addition to films and TV series.