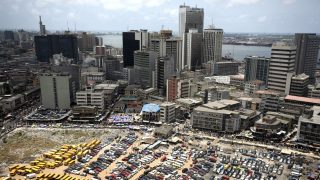 Africa’s opportunity to boost growth by winning over Chinese tourists With the number of Chinese outbound travellers surging each year, Africa has a significant opportunity to boost its economic development through tourism.

The African tourism sector has made meaningful strides in recent years but is still barely scratching the surface of its potential. Boasting an enviable natural environment as well as rich and diverse cultures, Africa could be poised for a tourism boom as international travel becomes more accessible amid a steady rise in global income.

In particular, China’s population of about 1.4 billion people is increasingly looking for new experiences in foreign lands – a massive opportunity for African states that position themselves correctly.

According to the China Outbound Tourism Market 2019 – 2025 report, China’s outbound tourism market is set to surpass the $270 billion threshold by 2025.

Africa’s tour operators should consider gearing themselves up towards this segment of the market, particularly as the continent forges closer trade ties with the world’s second-largest economy.

A report by Nielsen and Alibaba’s Alipay shows that Chinese travellers consider the availability of mobile payment platforms when choosing a destination. Since these are ubiquitous in China, African merchants should consider adding these functionalities.

In choosing a destination, research shows that Chinese tourists are also concerned about issues such as travel safety, crime and dietary hygiene, while pricing and the ease of visa applications rank among the most important considerations.

Booking statistics show that Egypt, Mauritius, Kenya, Morocco, Tanzania, Tunisia and Ethiopia are doing a good job of courting the Chinese traveller – they are among the continent’s most popular destinations for Chinese tourists.

The full impact of these efforts should not be overlooked. The travel and tourism industry generated 8.5% of Africa’s GDP in 2018 – nearly the same contribution as the health and banking sectors combined, according to a 2019 report by the World Travel & Tourism Council (WTTC).

The sector, directly and indirectly, employed 24.3 million people in Africa in 2018 – more jobs than the mining industry provides.

Yet in other markets that have positioned themselves as tourism hubs – partly by taking a regional approach – tourism makes up a bigger portion of the overall economic pie. In the European Union (EU) for instance, the sector accounts for 10.1% of GDP, the WTTC’s research shows.

For the continent, the opportunity for further job creation and economic development is massive. Aside from its direct contribution to the economy, the tourism industry stimulates demand for transport, telecommunications, financial services and local products sold through restaurants, grocery stores, and curio and clothing outlets. This, in turn, boosts other local sectors, including agriculture.

For now, tourism in sub-Saharan Africa is held back by lower health and hygiene scores, less developed infrastructure, and challenges in promoting cultural and business travel, according to the WEF.

Encouragingly, sub-Saharan Africa’s tourism sector is making strides in the areas of digital capabilities, international openness and price competitiveness, with the West African region flagged as the continent’s most improved markets over the past two years.

It is more important than ever that African states view tourism as a key tool in the pursuit of poverty alleviation, environmental protection and economic development, as envisioned in the United Nations’ 2030 Agenda for Sustainable Development.

Standard Bank has a 156-year history in South Africa and started building a franchise outside southern Africa in the early 1990s.

Our strategic position, which enables us to connect Africa to other select emerging markets as well as pools of capital in developed markets, and our balanced portfolio of businesses, provide significant opportunities for growth.

The group has over 53 000 employees, approximately 1 200 branches and over 9 000 ATMs on the African continent, which enable it to deliver a complete range of services across personal and business banking, corporate and investment banking and wealth management.

The group’s largest shareholder is the Industrial and Commercial Bank of China (ICBC), the world’s largest bank, with a 20.1% shareholding. In addition, Standard Bank Group and ICBC share a strategic partnership that facilitates trade and deal flow between Africa, China and select emerging markets.