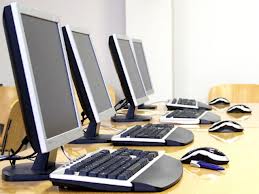 Nigeria’s telecommunications sector, a major driver of the country’s behemoth GDP, may be seeing more efficiency as the Nigerian Communications Commission (NCC) has announced pending passage of the Critical Information and Communications Technology (ICT) Infrastructure Bill which will, among other things, improve service delivery by tackling the issue of theft and destruction of ICT related infrastructure.

Dr Eugene Juwah, Executive Vice Chairman of the NCC, disclosed this during the Telecoms Executives and Regulator Forum put together by the Association of Telecommunication Companies of Nigeria (ATCON), saying the bill will be passed to law before the year runs out as a response to popular demand by stakeholders for legislative action against theft and vandalism.

According to Dr Juwah, there is a consensus among members of the National Assembly who are favorably disposed towards the bill. “The Bill has passed several readings and will soon be passed and made ready for signing by President Goodluck Jonathan, and I am optimistic that it will be ready for implementation before the end of the year”, he said.

This comes months after the NCC Chair, Mr Peter Igho, addressed the service quality issue at the Nigeria ICT Centenary Awards 2014. He had expressed the commission’s frustration with poor telecoms service quality, echoing the complaints of many Nigerians, and further pledged the commitment of his institution to remedying the challenges.

“With the measures put in place by the NCC, like Key Performance Indicator (KPI) indices, and the adoption of Open Access Model for broadband roll out, coupled with the intervention of the National Assembly in passing the telecoms Critical Infrastructure Bill, I am of the strong belief that the situation will improve soon,” Mr Igho said at the event.

ICT continues to advance on the scale of key human needs with countries like France, Greece, Spain and Finland establishing specific legislation that portray access to the internet/broadband as a fundamental human right. In Estonia, the government has declared that the “internet is essential to life in the 21st century.”

In Kenya, ICT stakeholders have proposed a legislation to classify ICT infrastructure in the same class as public utility such as electricity and water.