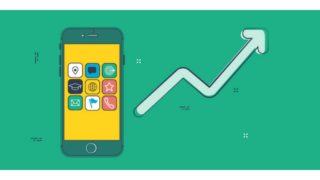 Restrictions to help stop the spread of the COVID-19 virus limited physical contact, forcing people to rely more on virtual interactions through mobile applications. The increased interaction with these apps had a significant impact on the global app market. According to Sensor Tower Intelligence, consumer spending on mobile apps peaked at $64.9 billion in the first half of 2021 across the App Store and Google Play.

To understand how the African App ecosystem has fared since the beginning of the pandemic, Google and AppsFlyer, the global marketing measurement leader, released a report that reveals a thriving mobile app market across three of Africa’s largest app markets (Nigeria, Kenya, and South Africa) between Q1 2020 and Q1 2021.

The report, which analysed over 6,000 apps and two billion installations across South Africa, Nigeria, and Kenya, showed strong growth in the African mobile app market, with overall installs increasing by 41 percent. Nigeria showed the highest growth, with a 43 percent uplift, followed by South- Africa – 37 percent, and Kenya – 29 percent.

The COVID-19 pandemic, a growing fintech ecosystem, and an increase in super apps are some of the factors responsible for the booming African mobile app market.

There was no increase in non-organic installs on iOS toward the end of the year and into 2021, compared to a 40 percent increase on Android. Both gaming and non-gaming apps, which were highlighted in the first two quarters, increased by 44 percent and 40 percent, respectively, in Q1 2020 compared to Q2 2020.

Fintech and Super-apps
The development of African fintech has accelerated in recent years. According to a report by Disrupt Africa, African fintechs grew by 89.4 percent between 2017 and 2021. Currently, the continent is home to over 570 startups. Nigeria leads this ecosystem, which is home to notable fintech companies such as Paystack, which was acquired by Stripe for $200 million, and Flutterwave, which raised a $170 million round.

There are now a plethora of fintech startups receiving funding from a variety of sources. Fintech startups are building inclusion from the ground up on a continent where more than half of adult Africans lack access to any form of banking services. Many fintech render their services through mobile-based gadgets, therefore, reflecting the number of fintech apps Africans use each day. Consumers in South Africa and Nigeria saw year-on-year growth in finance app installs by 116 percent and 60 percent respectively.

AppsFlyer says super apps are on the rise as well. Super apps are “all-in-one” apps that offer users a range of functions such as banking, messaging, shopping, and ride-hailing. “Super apps remove some of the barriers that these users face, as well as providing a level of customer insight and experience that traditional banks cannot,” the report said.

Commenting on the trends highlighted in the report, Daniel Junowicz, RVP EMEA & Strategic Projects, AppsFlyer said, “We’re proud to combine forces with Google to provide businesses with the insights and technology needed to succeed on mobile in Africa. The mobile app space in Africa is thriving, despite the turmoil of the last year. Installs are growing, and consumers are spending more money than ever before, highlighting just how important mobile can be for businesses when it comes to driving revenue. As a result, mobile marketing is becoming increasingly important for businesses across the continent.”

Rama Afullo, Apps Lead for Africa at Google, added, “While it’s clear that mobile adoption is increasing, there’s still room for growth when it comes to app marketing, with many marketers in the nascent stage of their app maturity journey. Taking advantage of app promotion and engagement tools like Google’s App Campaigns, using analytics and measurement tools, and working with mobile measurement partners like AppsFlyer, will be key for companies looking to grow their user base, drive customer value and continue improving the user experience.”