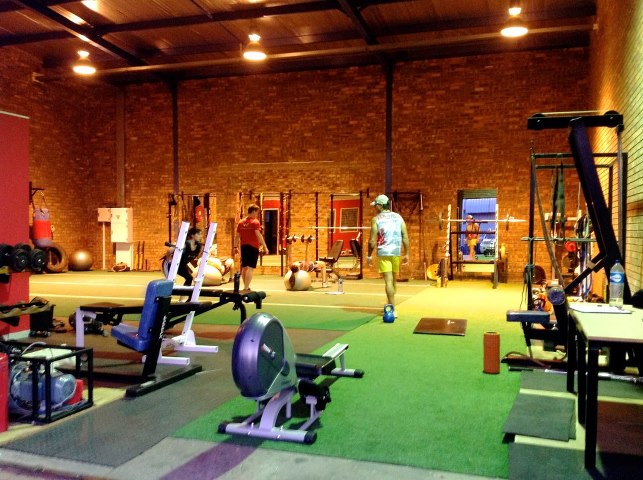 After a quick workout at California Fitness gym in Tunis a young American chats with a couple local Tunisians, who follow the young man for a couple blocks. Outwardly the two Tunisians cannot hide their admiration for the young man’s physique as they pepper him with questions about bodybuilding and eating. ‘What do you eat in this country’ and ‘Do you play football-the American version?’ says one of the young Tunisians. The Tunisians await anxiously for the secret behind the physique. But the American picks up his walking space to avoid questions, surprised by the intrigue and excitement.

These two Tunisians are part of a changing mentality. A growing fitness-oriented culture is emerging across the continent. Fitness is not new to Africa. Ethiopia hangs its pride on its long distance running culture and the results delivered by that culture in the Olympics. But the continent has never been known for an active exercise culture. Yet over the last 5 years, bigger and more professional gyms have powered their way into the market.

Searching for a moderately priced gym in Mozambique implores a change in the definition of ‘moderately priced.’ Local neighbourhood gyms sell memberships for about $40 to $50 per month but lack equipment, especially elliptical machines and bikes favoured by most gym-goers. Newer gyms sell memberships for about $100 to $130 per month and provide a noticeably wider amount of equipment and weights. But these gyms are not offering the extent of amenities and equipment expected in America and Europe for a similar or even lesser price. Still these facilities are filling up day and night. And it is not because of the local fixation on Brazilian novelas and a growing culture of sexy clothes and tiny bikinis.

Investors are slowly asking questions about the potential of fitness chains for Africa. South Africa provides an insight into the potential. Sixty-one percent of the South African population is overweight. Dialogue around lifestyles in the country change slowly and push the need for a more active population. Virgin Active’s chain of gyms have captured this change. The company plans to expand with 8 more facilities. Bodybuilding has also grown at a rapid rate in South Africa. Experts estimate that nutritional supplement spending in total value has slowed in growth because the South African market is saturated with brands. But these same experts predict that other African countries will deliver new opportunities.

The Kenya Bodybuilding Federation (KBBF) represents the growing popularity of bodybuilding in the country. Nairobi is slowly becoming home to one of Africa’s largest gym going communities. From one matatu (name giving to local Kenyan minibuses around the city) to another you make your way from home to gym to work to gym to home each day, says John standing outside Premier Fitness Center. John is not alone as Kenyans push their way through the sidewalk to the gym. Abidjan recently hosted the Open West Africa Bodybuilding competition in March. Harare hosted All Africa Olympia for 2012, featuring both women and men. It is not just bodybuilding, John continues, but it is more a growing culture of getting healthy. He is not wrong as more women wait anxiously to use the elliptical machines.

The emergence of these cultures bids well for the young fitness sector across Africa. Yearly memberships surpassing $1000 in countries where per capita GDP is just above $500 speaks to the rapidly expanding consumer demand. But the expansion of any African fitness chain requires more strategy, networks and capital not so readily available in most countries.