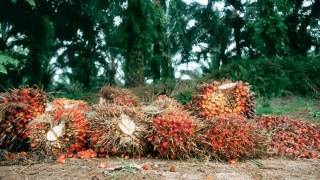 Russia’s incursion on Ukraine is steadily plunging emerging economies, especially in Africa, into further recession. Russia plays a significant role in the global commodity industry as a leader in the export of certain essential food commodities. Its key exports are wheat, corn and sunflower oil. It also sells maslin, barley, poultry meat, milk, cream, cheese, curd, fresh frozen meat and pork, particularly to Europe, Asia, and America. Likewise, Ukraine is the largest global exporter of sunflower oil and accounts for 46 per cent of the $7.42 billion (£5.83 billion) global market. Russia is second on the list. But the current onslaught has intercepted global supply from both countries causing buyers to scramble for alternatives elsewhere. For inciting the war, Moscow has earned itself severe economic sanctions from America and its allies, leaving them to scramble for alternatives elsewhere. This has led to an increase in the demand for Crude Palm Oil (CPO) products, forcing Indonesia, the world’s largest exporter, to place a ban on exporting CPO products to mitigate internal scarcity.

Towards the end of April, President Joko Widodo of Indonesia introduced an export ban on refined, bleached, deodorized (RBD) palm olein, as scarcity peaked in the Southeast Asian country. Widodo’s move immediately caused a spike in the price of palm oil on the global market by about five per cent. This trickled down to the increase in the price of some Fast Moving Consumer Goods (FMCGs) like soap, shampoo, commercial ice cream, peanut butter, lipsticks, packaged pastries, noodles, packaged chips, baby formulas, chocolate, detergent, margarine, vegan cheese and much more. Sadly, emerging economies in Africa, yet to overcome the impact of the COVID-19 pandemic, a devaluing currency, and an increase in the global oil price would bear the brunt of this export ban.

As of 2020, many households in sub-Saharan Africa had begun to substitute vegetable oils, cosmetics and dairy products for palm oil-based alternatives to save cost. At the time, the global crude oil crisis of 2020 had triggered inflation. Not long after, the pandemic struck. This impacted the FMCG industry. The crisis disrupted consumer choices in most emerging markets. Given the increased unemployment that trailed the lockdowns, more people in sub-Saharan Africa moved from premium vegetable products like sunflower oil to palm oil, shampoo and bathing soap to black soap products, butter and cheese to margarine, to curb the impacts of rising inflation.

With Jakarta’s move on palm oil, key exporters to Africa like India, which depends heavily on Indonesia and Malaysia for supply will experience a palm oil import deficit. This would further force a chain reaction that would lead to a drop in the production volume of basic consumer goods, a plunge in export to emerging economies and an increase in the price of the limited commodities that would be put up for export to these countries. If production volume is affected, export would be reduced to serve internal consumers first.

India is the world’s biggest importer of palm oil and one of Africa’s top food, cosmetics and medicine import market. It buys over 13.5 MT of edible oil annually. Palm oil accounts for 8-8.5 MT (63 per cent) of its edible oil importation. This means, that roughly 45 per cent comes from Indonesia while Malaysia supplies the remaining 55 per cent. This ban will negatively impact the global FMCG industry. Unfortunately, many sub-Saharan African countries would experience a strain on living standards due to high costs of importation and supply shortages of consumer goods.

Palm oil originated from West Africa and was a bane of its economy for centuries, before the mid-19th century. However, the beginning of the 1760 Industrial Revolution which saw the transformation of European economies from agriculture and handicrafts into economies based on large-scale industry, mechanized manufacturing, and the factory system spiked a surge in demand for palm oil in Europe. Thus, the need to secure reliable supplies led to the development of oil palm plantations in other parts of the world.

In the early 1960s, Nigeria, Africa’s largest economy, was the world’s biggest palm oil producer, with a global market share of 43 per cent. Index Mundi ranked it 5th and the only African country in the top 10 list of palm oil producers. But Indonesia and Malaysia overtook the country in 1966 and have remained top since, clinching 80 per cent of the global market share. Currently, Nigeria imports oil palm from Malaysia, the world’s second-largest exporter, China and India. As of 2020, the country was reported to spend $500 million annually on oil palm importation. If Nigeria had maintained its market dominance globally, it would have been earning billions annually from the cultivation and processing of palm oil, PWC pointed out.