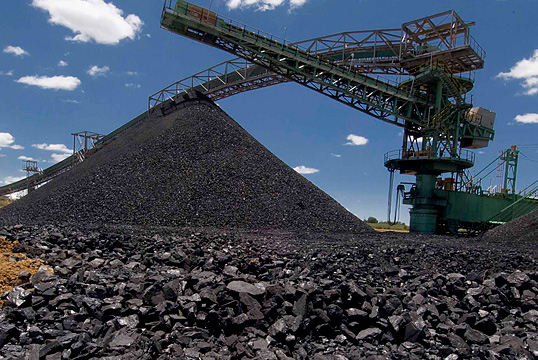 Better times are here for South Africa, Zimbabwe and Nigeria as global demand for coal in the next five years is estimated to surpass nine billion tonnes. This is according to the the International Energy Agency (IEA) in its just released annual Medium-Term Coal Market Report.

Although South Africa and Zimbabwe are the only two African countries recognised by the IEA as having proven coal reserves, Nigeria is also believed to have abundant coal reserves left unexploited as the coal industry suffered a big blow following oil discovery in the 1950s. However, with falling global oil prices putting Nigeria on the edge and in a haste to diversify its economy, the increased global demand for coal is good news for Nigeria.

South Africa remains one of the top ten coal producers in the world and the first in Africa, responsible for about three percent of the world coal usage. The country also has the world’s ninth largest proven reserves of coal at 30.2 billion tons. It is the seventh largest exporter of the natural resource, selling 260 million tonnes abroad. Between 2003 and 2010, the continent’s second largest economy exported 6.3 percent of total exports globally, making it the fifth most important coal exporter in the world. The natural resource is South Africa’s third largest source of foreign exchange.

Coal has contributed immensely to South Africa’s economy, but same cannot be said about Zimbabwe, whose economy is at one its lowest points ever at the moment. The country battle with widespread poverty and unemployment rate of about 80 percent. The country has one of the top 30 proven coal reserves in the world at 502 million tons, but keeps dropping. Zimbabwe’s coal production is one of the lowest of the countries with proven coal reserves. The country produced 1.66 million tonnes in 2009. Makomo Resources (Pvt) Ltd., Zimbabwe’s largest coal producer by output is however working hard to ensure it increases production, with one of the plans to ensure this being the construction of a 600-megawatt power plant that will cost it $1.5 billion. The company plans to raise monthly coal production capacity to 350,000 tons by the end of the year from about 250,000 tons now.

With the world coal demand growing and South Africa being the source of 92 percent of coal consumed in Africa, Nigeria has a market it can break into if it gets things right in its coal industry.

Business Day reports that Nigeria has proven coal reserves of about 639 million metric tonnes and contingent reserves of up to 2.75 billion metric tonnes. Since the 1909 discovery of coal in Enugu, Southeast Nigeria, the fuel has been discovered in 13 other states where there are now about 22 coal fields. These deposits, if fully utilised will help Nigeria in its economic diversification plans, as it will provide another source of foreign exchange through exports.

Although, whatever success recorded in this regard may be short-term, as global coal demand is slowing down. However, a healthy coal industry will not only serve for exports, it will also ensure sufficiency for local demand, especially now that some indigenous firms are rumoured to be considering importing coal from South Africa for power generation, as Nigeria continues struggling to improve its power sector.

The fate of the global coal market may be dependent on China, the world’s biggest coal user, producer and importer, which has embarked on a campaign to diversify its energy supply. But China’s plans are not expected to drop its coal consumption in the next five years.Besides, Nigeria can start its coal industry revival by producing just enough to compete with South Africa for the African market held strongly by the continent’s second largest economy.

Apart from helping Nigeria diversify its revenue stream, with oil, its major revenue source now selling bellow $60 per barrel, the resuscitation of the coal industry in Nigeria will also provide more jobs. It will also help it in the ongoing power sector transformation drive.