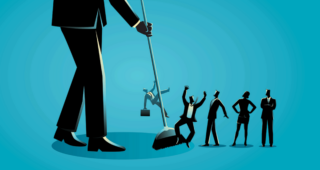 African tech companies are raising funds, but laying off workers

After what many would call a headline year, 2022 has not been a great year for global tech. Earlier in the year, much of the talk in the tech sector focused on falling valuations, dropping stock prices and slower funding rounds. Now, the layoffs are here. According to data from layoffs.fyi, a tech layoff tracker, nearly 71,000 employees have been laid off from about 525 startups in 2022 alone. Tech companies as big as Netflix, Microsoft, Twitter, Substack, and Tesla have slashed jobs this year, with some citing the effects of the COVID-19 pandemic and others pointing to overhiring during periods of rapid growth.

This layoff wave is now creeping into Africa, as tech firms are now downsizing their staff and slowing down on hiring. But even more interesting is that some of these startups raised money shortly before asking employees to pack their boxes. Data from Africa: The Big Deal shows that startups on the continent have set new funding records every month in 2022. So far, the following tech companies have laid off workers this year.

In the first week of April, the buzz around Swvl, an Egyptian bus-hailing company, was about its entry into Africa’s group of billion-dollar companies. The startup went public on Nasdaq via a Special Purpose Acquisition Vehicle (SPAC) with Queen’s Gambit Growth Capital, a women-led blank-check company, as its sponsor.

But two months later, Swvl said it was laying off 400 people —about 32 per cent of its workforce— aiming to become cash-flow positive by 2023. In a letter to employees, Swvl’s CEO Mostafa Kandil blamed the layoffs on a “global crisis with unforeseen consequences.” The company, which says it has bought other companies in the UK, Germany, Turkey, Spain, and Argentina to drive growth, also cited automation as a reason for the layoffs. “Such reductions will focus on roles automated by investments in the company’s engineering and product and support functions,” its statement said.

Francophone Africa’s first unicorn, Wave, laid off 15 per cent of its staff in June. The Senegalese fintech, whose entrance into the mobile money industry has been tagged as disruptive by various industry leaders and insiders, had to scale back its operations in some markets, including Uganda, Mali and Burkina Faso. In a farewell message on Linkedin by Jessica Chervin, a former Wave employee, she stated that the fintech was making tough decisions because of “jarring changes in capital markets.”

The $1.7 billion company said it was taking steps to become less “dependent on outside funding at a time when investors around the world are cutting back”. This move, Wave said, will allow it to deepen its already strong foothold in Senegal and Côte d’Ivoire. However, Wave made the announcement shortly after it secured a €90 million syndicated loan from the International Finance Corporation (IFC), the investment arm of the World Bank, and other sources.

Vezeeta, an Egyptian subscription-based doctor booking and consultation platform laid off 10 per cent of its workers in June. The company, which has raised $73 million since its inception, claims to operate in 50 cities across Egypt, Saudi Arabia, Jordan and Lebanon.

The health-tech company didn’t release any statements detailing what led to its decision or plans to do. But affected employees stated reasons Vezeeta probably highlighted in its discussion with staff via LinkedIn. One said the layoffs happened because of “disasters in the market,” while another said it was “due to the global market crisis caused by the war in Ukraine.”

In July, Sendy, a Kenyan logistics company, laid off 10 per cent of its workforce. According to a TechCabal report, the company cited “current realities impacting tech companies globally” as its reason for laying off 30 workers. The report also stated that the company is halting its expansion into Egypt and South Africa.

Before the layoffs, the company sought to raise $100 million to fund its expansion plan into western and southern African countries such as Egypt, Ghana, South Africa and Nigeria.

Marketforce, a Kenyan retail B2B e-commerce platform, is the latest African tech startup to lay off its employees. In July, it let go of 54 (9 per cent) of its staff, mainly from field sales, supply chain and customer experience departments.

According to a TechCrunch report, the Y-Combinator alumnus claims the layoffs are an attempt to optimize for profit. Some of the roles it disposed of were key to Marketforce’s growth over the past year as the company focused on onboarding thousands of merchants to RejaReja —its merchant-focused B2B eCommerce marketplace. However, the company now has less need for them as its new priority is to drive more revenue per merchant.

“We were at the phase where we were focused on growth, but we’ve gotten to a point where we’re optimizing towards profitability,” CEO Tesh Mbaabu said in an email.

Will this trend continue?

Knowing whether this trend will continue requires us to understand why it’s happening in the first place. So here’s the deal: after what seemed to be a never-ending joyride of rising stock prices, booming private valuations and “easy money,” everyone, especially investors, is now worried about high inflation and interest rate hikes. Consequently, investors are not being as generous as they were last year.

Although African startups are still raising record funding, they have only one per cent of global VC investments, and a large chunk comes from foreign investors. So it’s not unexpected that African startups start feeling the pinch. And as the chart above shows, the end-point of investment bubbles is that things return to the “mean” — a steadily progressive trajectory.

Because the mania phase is blowing off, organic growth and profitability will become a priority to many. As a result, companies will evaluate whether their current workforce can help them make the necessary transitions to survive and succeed. That’s why some of these companies making layoffs are “optimizing for profit” rather than accumulating users.

Many investors became excited about Africa when Paystack had a $200m exit to Stripe. But since that hype phase started, the only notable acquisition was Equinix’s $320m acquisition of MainOne. So until investors get excited again, it’s likely that many companies will be restructuring themselves and reducing their pace.