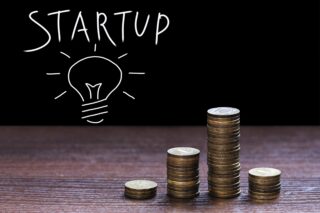 African startups we lost in 2022

Like a see-saw ride, the African tech ecosystem was full of ups and downs in 2022. First, we were ushered into the year by many sky-high projections, but as the months rolled by, these lofty projections were countered by unprecedented events.

For example, the amount of funding recorded by African startups in 2022 amounted to $4.84 billion, 7.6% higher than the $4.46 billion recorded in 2021. While this is commendable, it was below the expected funding boom. The slow growth recorded is not unrelated to the global economic meltdown, which extensively caused a wave of tech layoffs on the continent last year.

As startups were battling this global crisis, economic realities on the continent compounded their problem. Many African countries were contending with galloping inflation and weak currencies. On top of these, talents were also leaving the continent for greener pastures.

All these complications and more had an adverse effect on the rapidly growing tech ecosystem on the continent. But while the majority of startups were able to weather the storm of economic upheaval, some others could not, which resulted in their eventual shutdown. With them, we learn that beyond a robust business idea and even funding, a host of other factors can impede the survival of a business. Here are some African startups we lost in 2022.

Barely a year after starting operations, Kune Food, a food tech startup founded by Robin Reecht in December 2020, closed down in Kenya.

In the early months of 2021, the startup conducted a trial in Kenya before officially beginning operations later that year. In mid-2021, it raised $1 million in pre-seed funding to provide affordable and tasty meals to Kenyans. With an ambitious goal, Kune leadership also declared its intentions to raise $3.5 million in its second round from local and international investors to improve their production capacity. Sadly, stifling economic conditions manifesting as food inflation resulted in the startup’s closure last year.

In a LinkedIn post, Robin Reecht the startup’s founder and CEO stated, “Since the beginning of the year, we sold more than 55,000 meals and acquired more than 6,000 individual customers and 100 corporate customers. But at $3 per meal, it just was not enough to sustain our growth … coupled with rising food costs deteriorating our margins, we could not keep going,” he wrote.

Last November, SweepSouth, South Africa’s online home cleaning service, shut down its operations in Nigeria. Co-founded in Cape Town in 2014 by Aisha Pandor and Alen Ribic, SweepSouth has established a presence in Africa’s four major tech markets. It commenced operations in 2021 and later forged into the Kenya and Egypt markets. In 2022, the company launched its services in Nigeria.

None of SweepSouths recent endeavours suggests it would soon be out of the market. Earlier in the year, SweepSouth acquired the Egyptian home service platform, FilKhedma. Nine months after this acquisition, the company raised $11 million in its biggest pre-seed funding. The startup takes 40,000 bookings per month across its three markets—South Africa, Kenya and Egypt.

According to the company, it cannot sustainably operate due to economic pressures, as the home service industry chokes under an unfavourable global macroeconomic environment.

“Due to the unfavourable global macroeconomic environment, the home services industry continues to hit hard. This has meant that our business cannot sustainably operate due to economic pressures faced at the moment”

“While we will no longer be operating in Nigeria, we will continue to keep abreast of activities in the Nigerian market and work towards a potential re-entry into the market at a later date.”

Last year, WeFarm Shop was forced to close down barely a year after its inception because of stifling market conditions. Founded by Kenny Ewan in 2014, the mission-driven tech start-up serves as a platform for billions of small-scale farmers globally.

WeFarm shop has an app developed by the company to help farmers purchase agricultural products online and share reviews. In 2021, it raised $11 million to connect small-scale farmers. The company started in East Africa and has connected over 2.5 million farmers in Kenya, Uganda, and Tanzania, and its marketplace has generated $29,000,000 in sales.

In a statement to CIO Africa, WeFarm’s Director of Growth, Sofie Mala confirmed that the WeFarm shop was forced to close down due to unfavourable market conditions.

“While our shop has seen incredible demand and growth over the past nine months, current market conditions make this avenue a difficult one to set up and scale. On behalf of the whole WeFarm team, we feel incredibly fortunate to have had a partnership with brilliant agrovets and that we have been able to service thousands of farmers across counties in Kenya with our Shop offerings,” she stated.

A year after landing a $765,000 pre-seed in May 2021 to build a multi-channel commerce solution for African businesses, Kloud Commerce closed down its operations in Nigeria.

Founded by Olumide Olusanya, Kloud Commerce is a direct-to-consumer (D2C) that helps brands sell and build relationships directly with African consumers. The startup’s crash was attributed to the mismanagement and misuse of the company’s funds.

An investigative report by Weetracker revealed the startup got funding for a non-existent product or non-performing products offering and had a bloated payroll of employees to work on it. The piece further revealed that investors at the startup are petitioning Nigeria’s Economic and Financial Crimes Commission to investigate founder and CEO Olumide Olusanya, accused of fraud and misappropriation of funds.

After five years of operation, Notify logistics, a start-up company running a rent-a-shelf model shut down last year due to the high cost of operation. The company was founded by Waweru Nderitu and Hellen Waweru in 2018.

Last August, it announced that it had raised Sh45 million in a seed round to promote entrepreneurial ventures and their growth in the retail sector.

The company’s model was built on leasing space and then renting it out to many small enterprises unable to afford a physical outlet or hire someone else besides the founder/owner of the business. This became unsustainable as the cost of operation spiked.