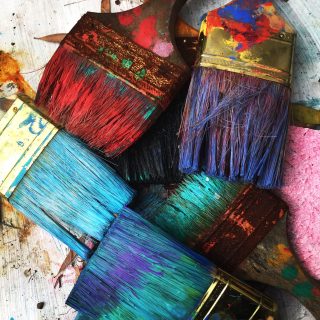 Sotheby’s, one of the world’s largest brokers of fine art, jewelry, real estate, and collectibles, ran an online auction from Mar. 27 to Mar. 31 2020, which featured over 100 works from 58 artists across 21 African countries.

The exhibition saw a 46% increase in the number of bids for African art from a year ago, with sales closed at $2.9 million.

About 35% of the African art bidders were new to Sotheby’s platform, and this later translated to 27% of buyers purchasing collectibles for the first time at Sotheby’s.

Interestingly, almost 30% of bidders in the auction were below the age of 40. There are speculations that this might have been influenced by the huge presence of millennials on the internet.

A 1953 portrait called Sefi, which was created by one of Africa’s classic artists of the 20th century, Ben Enwonwu, sold for $305,000 in its auction debut. Prior to its auction, Sotheby’s specialist carried out a gross investigation to uncover its origin.

The investigation revealed that it was a painting of Princess Judith Safinet ‘Sefi’ Atta, a Nigerian female who was iconic in the fight for women’s right to education in Nigeria.

A bronze sculpture artifact, Afi Ekong, which depicts one of Nigeria’s famous female artists, and was also married to Sefi’s brother, sold for $153,000.

Also, a Moroccan paint called 5 riders by Hassan El Glaoui went on sale for £23,750. Meanwhile, a portrait of a woman created by millennial Bertina Lopes Influenced by Mozambican art and Portuguese modernism, sold at $10,000.

13 separate bids were placed on a painting by Zimbabwean artist Richard Mudariki which was eventually sold at $8,400.

Over the years, there has been obvious growth in African modern Art both locally and internationally, with notable exhibitions like Art X Lagos and Dakar Biennale in Senegal. According to Quartz Africa, in October 2019, Sotheby’s sold “Enwonwu’s latest find, Christine, for $1.4 million, which was over seven times its original estimated price.

On the international side, it would be recalled that on February 14th 2020, the Brooklyn Museum, USA started an exhibition called African Arts-Global Conversations, which displays African art alongside other paintings around the world. They believe this will create theoretical models for discussing African arts in relation to non-African arts.

African institutions and bodies can leverage on the growing trend of exhibitions by creating programs that support creative talents across the continent. In the long run, this can possibly create a market of museum attractions in African tourism.