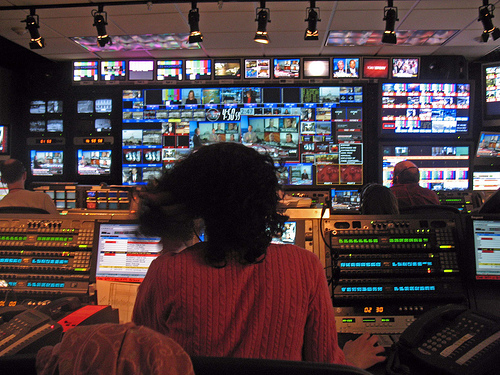 of the press is an important prerequisite for the development of a government of the people otherwise known as democracy. The watchdog role of the press has kept political leaders in developed economies on their toes. The mass media has great influence over the ethics of public life and in monitoring the activities of those in positions of authority, they are held accountable.

Edmund Burke first expressed the idea of the media as ‘the fourth estate’ in 1787. Later on, the term was used to express the power of the press. The media named the ‘fourth estate’ is an indication that it plays a huge role in governance while remaining independent of the other three estates of government, by which we generally mean the legislature, the executive and the judiciary.

“The concept of the fourth estate stresses the ‘watchdog’ role of the media, that it must watch and, if need be, review and criticize the activities of the three other estates,” says Tenzing Lamsang, the News Editor of Business Bhutan. “At the same time, journalists must be independent and free of political influence and government philosophy.”

In Africa, unfortunately, the self-styled Fourth Estate of the realm is in a drug-induced coma. For example, in Nigeria, the media has been bought over by the same people it was supposed to hold accountable. Does the national media play the watchdog role over the federal government of Nigeria? I would answer an emphatic NO. This country has no national news media. It only has a government propaganda machine, which trumpets what the government has fictitiously done or intends to do. Yes, I call it an instrument of propaganda. I was opportune to intern in a state owned Television Station few years back and discovered to my utter dismay that the governor is a sacred cow. There never should be a negative story aired about him for the peace of mind and job security of every other top executive in the station. Sadly, the watchdog has been turned into a lapdog.

The media has been saddled with the responsibility of watching public office holders and making sure they are held accountable for their actions. The media play the watchdog role when it exposes errors of commission or omission by those in power. It plays the watchdog role when it investigates and reports corrupt practices in high places. It plays a watch dog role when it exposes aspects of governance that cripple our economy such as unnecessary oversee travel by government officials, outrageous allowances given to public office holders, using money that would have saved a baby born to a poor family in my village in Imo State without access to healthcare, water and food. The media can expose government manipulation of citizens through bogus promises of Eldorado by reminding them of their promises.

The media should do its job by pointing out that major roads are in dire need of repairs and have become death traps for commuters. They should ensure that government contracts follow due process and ensure the contracts are executed.

Should we stop talking about portable drinking water, Healthcare, Education, steady power supplies (not the perpetual systems failure as the case with kainji dam). These are basic necessities and I am sure Nigeria has the resources to provide these for the citizens (with all the trillions of naira I hear about).

Do the Nigerian media still qualify as societal watchdog, when either retired or active politicians own half of the media in the country? Is the watchdog role becoming too complex in the face of economic difficulties?

There has been a steady erosion of public faith in the mass media and it has become debatable whether the watchdog role of the press is still intact, in Nigeria and all over Africa.