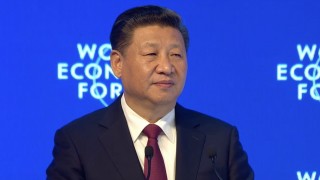 African countries to get debt relief from China

The Chinese government has said that it will exempt some African countries from repaying zero-interest-rate loans due at the end of 2020. Under the framework of the Forum on China-Africa Cooperation, China plans to extend loan payment forbearance for some countries including African nations, President Xi Jinping said.

The announcement was made on Wednesday, June 17, 2020, in President Xi’s address to prominent leaders in the FOCAC.

“Within the FOCAC framework, China will cancel the debt of relevant African countries in the form of interest-free government loans that are due to mature by the end of 2020, ” he said. This means that the Chinese would be giving some countries on the continent more time to repay their loans.

“For those African countries that are hardest hit by the coronavirus and are under heavy financial stress, China will work with the global community to give them greater support, by such means as further extending the period of debt suspension, to help them tide over the current difficulty,” Xi added.

This move was necessitated by an initial call for debt relief by some African countries from international creditors. However, reports say the Chinese State newspaper, Global Times, has indicated that preferential loans such as those by the Export-Import Bank of China (Eximbank) are “not applicable for debt relief.”

China happens to be Africa’s biggest lender with debts worth more than $150 billion owed. The COVID-19 outbreak has made it very difficult to pay back as the pandemic has crippled economic activities in African countries.

The move positions China in a significant spot in the fight for Africa’s resources. It also raises the fear of a debt-trap diplomacy between Beijing and some countries in the continent, experts say, an idea that has been refuted by notable regional stakeholders over time.

Rendering an address in Vienna in 2018, Moussa Mahamat, Chairman of the African Union commission stated that “Africa refuses to be the theatre for playing out of rivalries between Chinese, Americans or Europeans.”

Similarly, Amani Abou-Zeid, the African Union’s commissioner for infrastructure and energy, has called on creditors to stop treating Africa as a continent that is unable to govern itself. “When you talk to us, talk to us about how we can partner with you – and in a faster way,” she added according to a report.