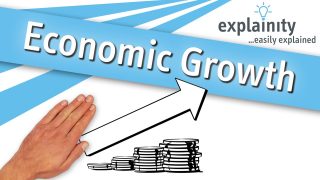 On Thursday 23rd of April, South Africa’s President Cyril Ramaphosa announced that the South African government will allow a partial reopening of the economy on the 1st of May, with travel restrictions eased and some industries allowed to operate under a five-level risk system.

According to Ramaphosa, the National Coronavirus Command Council (NCCC) had agreed that from next week Friday, restrictions will be lowered from level 5 which is the strictest lockdown stage to level 4. International borders will remain closed while travel will be only allowed for essential services.

In a televised address, Ramphosa said that “the government cannot take action today that we will deeply regret tomorrow, we must avoid a rushed reopening that could risk a spread which would need to be followed by another hard lockdown. We have to balance the need to resume economic activity with the imperative to contain the virus and save lives.”

So far, South Africa has recorded 3,953 confirmed cases including 75 deaths with 143,570 people tested for the virus. Thursday saw the highest one-day leap in infections with 318 new cases, though the health ministry said this was largely due to intensified screening.

In curbing the spread of the virus, Ramaphosa rolled out strict confinement measures on March 27, under which people were only allowed to leave their homes for groceries, pharmaceuticals and medical appointments. The spread of infections slowed during the lockdown period, which was later extended until April 30.

For the president, getting South Africa’s economy restarted is a priority, and although businesses will open, testing will continue to be ramped up while social distancing rules remain in place.

Under the “risk-adjusted” system, authorities will identify which sectors can operate under various risk scenarios and a deliberate and cautious approach will be implemented to ease the current lockdown restrictions.

Prior to this, on Sunday April 19, Ghana’s President Nana Akufo-Addo announced an end to a three-week partial coronavirus (COVID-19) lockdown in the country’s major cities, in order to re-open the economy. Businesses are ongoing with strict protective measures in place.

African countries may not be able to cushion the potentially devastating economic impacts caused by lockdowns. Effective lockdowns are near impossible in crowded low-income settlements that depend on their daily wages to get by.

In cushioning the impact of the pandemic on the economy, some African leaders are springing into action by lifting lockdowns and permitting the operations of businesses while employing strict health measures and social distancing. It is a risk that leaders are willing to take in order to stabilize the economy.

While many may oppose the idea, it is important that every party plays its part in ensuring that the virus does not spread while operations are ongoing.  As the government is making efforts to stabilize the economy, members of the public should  be wearing protective gear and maintaining social distancing.