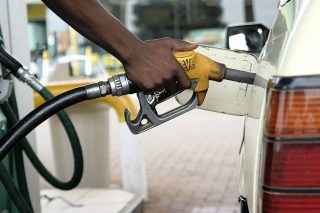 Even prior to the outbreak of war in Ukraine, fuel prices were climbing around the world. However, the invasion has potentially sent them out of reach for countless African consumers. As prices at the pump continue to increase, governments across Africa are resorting to further reductions in fuel levies to help households and businesses cope with the increased costs.

While subsidizing fuel is a tried and tested strategy for alleviating fiscal pressure that many countries are currently resorting to, it’s not without its drawbacks. Of course, subsidies deplete government coffers in a direct manner, but they can have a much larger and more insidious impact through their inadvertent encouragement of illicit practices such as adulteration and smuggling.

Effective strategies exist to minimize fuel theft and adulteration, most notably the deployment of high-tech molecular fuel markers. Unfortunately, far too few countries in Africa have already adopted this system. Judging by the number of high-profile cases which have come to light– and the fresh opportunities for criminals to game the system thrown up by a new raft of subsidies and levy reductions – it is high time decision-makers across Africa start adopting all necessary measures to turn the tide on fuel theft.

Subsidies are a double-edged sword

With oil prices currently at a 14-year high, countries all over the globe have introduced measures aimed at stabilizing fuel costs within their borders and cushioning their citizens from the most deleterious effects of the crisis. Places as diverse and far-flung as Japan, Malaysia, France and Brazil have all extended, expanded or rolled out fiscal support schemes, while even those countries initially opposed to the idea (such as Ecuador) have been forced to backtrack in the face of vehement public backlash.

Nonetheless, implementing subsidies or cutting levies is not quite the cure-all it might seem at first glance. This is because it incentivizes cross-border smuggling, as cheap fuel sources can be trafficked into countries where fuel commands a far higher price, while subsidized substances can also be used to dilute higher-taxed commodities. Both practices simultaneously sap excise revenues and divert the benefits of the subsidies away from the most vulnerable and into the pockets of criminals, as well as contributing to environmental concerns in the shape of greater pollution.

As a readily available and reasonably low-risk form of contraband, fuel smuggling is rampant in many parts of the world, but especially in Africa. Cheap Nigerian fuel, for example, is taken into neighbouring countries Cameroon, Chad, Ghana and Togo and sold at inflated prices. Elsewhere, tankers originating in Mozambique and South Africa are regularly drained covertly in Zimbabwe, then filled with water and sent onto their final destination of Zambia. Those in Zimbabwe can sell duty-free products at the highest prices in Africa, while the tankers across the border are simply refilled with cheap local gas and oil to complete the scam.

Africa is too slow on fuel marking despite compelling case studies

Fuel smuggling is therefore undeniably a major challenge for African countries and across the globe. Global oil theft is estimated to be worth around US$133 billion a year, amounting to between 5 and 7 percent of the total crude oil and refined fuels production in the world. One of the most effective ways of combatting this phenomenon is through fuel marking, which works by adding a technologically advanced molecular marker to fuel, which is easily detectable even at low concentrations and can be used to assess the authenticity, legality and tax compliance of fuel products at all stages of the supply chain.

The practice is backed up by an impressive track record in several countries in which it has been implemented to date. In the Philippines, for instance, the government has collected some $7.2 billion in fuel duties in the two and a half years since a system by SGS Philippines and Swiss firm SICPA was implemented. What’s more, since the institution of the fuel marking programme the authorities in the Philippines have managed to seize large quantities of smuggled fuel and are now looking to strengthen the fuel marking scheme still further. Uganda has seen similar success, dramatically reducing rates of fuel adulteration to just 0.5% in 2021 after implementing a high-tech fuel marking solution. If other countries in Africa could harness similar benefits, they could make real inroads into a problem that has plagued the continent for decades.

The implementation of a comprehensive fuel marking system could be particularly vital given the raft of high-profile smuggling cases which have recently come to light in Africa. Just over a month ago, for instance, a bungled attempt to steal fuel by siphoning it from South African pipelines caused a diesel spillage and contamination of the Meul River. The majority state-run firm that owns the pipes – Transnet – has since spoken out about its concerns over the number of thefts they have experienced, with over 77 such incidents resulting in a loss of 3.5 million litres of fuel this year. Similarly, in 2020 Transnet recorded around 8.5 million litres of fuel as having been stolen from their pipelines, worth nearly $7 million (equivalent to 102 million Rand).

The magnitude of the issue suggests that the existing set of measures is, unfortunately, failing to control the illicit fuel trade in many countries across Africa. Given that rising fuel prices are likely to prompt greater subsidies and further levy cuts, the twin threats of fuel smuggling and adulteration are only likely to become more urgent issues in the weeks and months ahead. As such, it is time for governments that haven’t already embraced molecular fuel marking to throw their weight behind the system, thus slamming shut the door through which so much precious fuel – and the monies associated with it – is currently escaping.