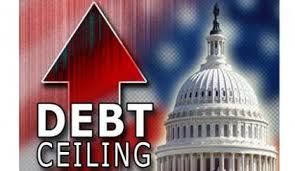 Africa Faces Currency Volatility Due To Potential US Debt Default

A week before the US approaches a deadline to raise its borrowing limit concerns are already mounting that its default would heavily batter emerging markets economies including Africa.

The US administration is edging closer towards the October 17 deadline to increase the $16.7 trillion debt limit or face running out of funds for the payment of all its bills.

Jim Yong Kim, the President at World Bank, was quoted on News Daily as saying: “The impacts are going to be severe on the developing countries.”

The IMF’s latest forecasts have revealed that growth throughout sub-Saharan Africa will surge from 5 percent onwards from this year.

Dr Jack Rasmus, the author of “Obama’s Economy: Recovery for the Few,” said the US’s non-payment of its debt will lead to currency volatility in emerging markets.

“This will cause a retreat once again in real growth in those markets,” Rasmus said.