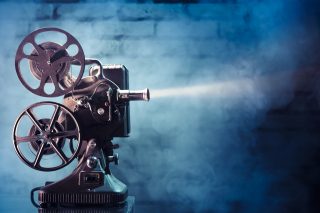 With a population of over 1.2 billion people, which approximately accounts for 15 percent of the world’s population, Africa provides a plethora of opportunities as a potential melting pot for development across industries. Yet there is an abundance of invaluable manpower— both physical and intellectual, that’s left untapped across all industries and the creative industry is no exception. In fact, the assumption that the creative industry in Africa presents the largest sector for exponential growth and revenue if adequately managed and supported isn’t farfetched. Presently when it comes to entertainment, the continent is building legacies that showcase the diversity and uniqueness of Africa to the world, and there’s no better way to commemorate Africa Day than to highlight the feats accomplished in continent’s film industry.

According to the Statista 2021 report, Nollywood, Nigeria’s film industry, represents the most valuable indigenous cinematography production in West Africa. The clear potential of Nollywood is seen by the Nigerian government’s cumulative grant of $1.26 million through the years 2011 to 2017.

Business opportunities in Nollywood include establishing cinemas in underserved cities, use of technological platforms like Iroko TV and Netflix to enhance distribution, training and capacity building for cinematography, movie production equipment, and scriptwriting and directing. According to The International Trade Administration, Nollywood employs about a million people and generates over US$7 billion for the Nigerian economy. According to the IMF, this accounts for 1.4 percent of GDP. Nollywood produces around 2,500 films a year with a projection of US$22 million in total cinema revenue by 2021. Total music revenue in Nigeria is estimated to rise at a 13.4 percent CAGR to US$73 million in 2021.

Kenya has also had a vibrant film industry for decades making it an important location for filmmaking. From comedy romance genres like Disconnect featuring local talents like Brenda Wairimu and Nick Mutuma, to Sincerely Daisy, a coming of age story about a young aspiring actress, the Kenyan film industry has showcased the country’s beaches, exciting capital, and the quirkiness of its locals through indegenuos stories that are relatable and produced by top notch creatives that churn out quality films.

Although Africa’s film industry does not earn as much as their international counter parts – Hollywood and Bollywood, the progress made thus far is a testament to the tenacity of African creatives who have developed the industry in the midst of copious limitations like a lack of technology, funding and structure, but there is hope.

In 2020, Afreximbank – the African Export-Import Bank – announced a $500M credit facility to support African cultural and creative products over the next two years. Before that, in 2019, the Central Bank of Nigeria, in partnership with the Banker’s Committee, announced a N22.9bn fund for entrepreneurs and investors in the creative and IT sectors.

In February 2020, Nigerian’s were introduced to ‘Netflix Naija’ on Twitter. The handle outlined Netflix’s plan to showcase their increased investment in Nollywood. Netflix’s presence means increased visibility for African titles and most importantly, reduced movie piracy in Nigeria.

Since its arrival in 2020, Netflix has partnered with production companies like Nemsia Studios, Trino Motion Pictures, Ebony Life, and Ink Blot to begin to utilize the $15 billion fund allocated to producing original African stories.

In 2020, Mo Abudu, Nigeria media mogul and owner of production company – Ebony Life Films, announced a multi-title deal with Netflix. This partnership, the first of many, birthed the Afro-Impact film Olòtūré, which aired in October 2020 and sat on Netflix’s most watched list within days of its release.

Following Òlòtūré’s success, Nigerians can expect more projects from the Netflix – Ebony Life partnership, like a sequel to bestselling comedy drama directed by Niyi Akinmolayan, Chief Daddy. Chief Daddy grossed more than N350,000,000, making it one of the top five highest grossing films in Nigerian theaters of all time.

2020 gave Nigerians Citation, a film directed by Kunle Afolayan and produced by Golden Effects Pictures. The coming-of-age story stars newcomer Temi Otedola with Haitian-American actor, Jimmy Dean-Louis alongside Nollywood household names, Joke Silver, Ini Edo, and Gabriel Afolayan. The film set the pace for Kunle Afolayan’s three-titled partnership with Netflix, announced in March 2021. The films will span across historical drama, folklore fantasy, and character drama genres. The first film to emerge from that partnership production is an adaptation of Seffi Atta’s Swallow. On-site production commenced at the end of March 2021.

Netflix is also showcasing the diversity of creatives in South Africa. Premiered in 2020, the series, Blood and Water, sat on the worldwide most watched list upon its release. Earlier this year, My Octopus Teacher earned the Best Documentary Feature at the 2021 Academy Awards, earning South Africa increased recognition for quality storytelling. The film, directed by Pippa Erlich and James Reed, is a powerful Netflix production that highlights its strengths across all genres of well-made films and life-affirming stories.

Partnerships with production companies and established filmmakers is one way to to embrace and showcase African stories. Another way is discovering and funding untapped talent. In November 2020, the Netflix Episodic Content Development Lab for creative African writers in Nigeria, South Africa, and Kenya began accepting submissions. The lab aims to unearth exclusive original African story ideas in partnership with Realness Institute – an organization interested in taking authentic diverse local stories to the world.

The Episodic Content Development Lab is an innovative development that will host creative African writers that successfully emerge from an air-tight selection process; they will earn $2,000 monthly to participate in the program. It will be for three months of intensive creative thinking and story development, from June to September 2021.

Diversity is also something that     African creatives have begun to embrace. Diversity in content is not just about increasing the stories told by Africans, it is also about ensuring that the creatives engaged in productions are a blend of different types of people. In Nigeria and around the world, a major issue in diversity is the involvement of women in diverse roles. Statistics by the International Labour Organization, updated in 2018, show that participation rate for women in the global labour force is about 49 percent, while men have a participation rate of 75 percent.

In partnership with Netflix, the Nigerian film industry that has experienced many “female firsts”. In 2018, the production of the movie, Lionheart, directed by Genevieve Nnaji and produced by Chinny Onwugbenu, earned the accolade of “First Netflix original film ever produced in Nigeria”, and the first Nigerian movie to be submitted to the Oscars. With the continuous desire to tell more stories, Netflix has brokered strategic partnerships with other female film moguls like Mo Abudu.

Additionally, in line with the 2021 International Women’s Day theme, #ChoosetoChallenge, Netflix announced a Creative Equity Fund that would go towards programs that would nurture, develop, and uplift women in the global entertainment industry. The fund will dedicate $20 million annually over the next five years to ensuring that underrepresented communities are equipped to create bespoke Netflix programs as well as identify, train and provide job placement for upcoming talents globally, particularly in Africa.

According to award winning director, Kemi Adetiba, “I’m glad to see Netflix showing support for women in my industry. Hopefully the fun will help  deprived voices, in this case, women, get the same recognition and chance to be heard in this industry”. Interestingly, the director announced in 2020 that her much-anticipated movie sequel, King of Boys 2, will be a Netflix Original film.

Giving Africans a platform to create and showcase their talent is Netflix’s mantra as it continues to fosters creative partnerships with creative talent. While film directors, producers, and actors are a typical partnership, Netflix shook things up by partnering with the Ikorodu Bois on an Oscar weekend campaign in April 2021. The Ikorodu Bois are three siblings famous for remaking music videos and movie trailers with everyday items. The campaign landed the Nigerian kids a debut on a New York Times Square billboard.

With the ever-improving nature of the African film industry and the increase in calibre content, Africa Day can be better celebrated by savouring groundbreaking titles. Netflix, through the Made in Africa movie collection, has made the decision to easily savour African stories on such a befitting day. The reality that Africa is a melting pot of, and for good stories more apparent now than ever. The cultural diversity in countries like Nigeria makes it clear that there is much to explore in the creation of Nollywood content. As more talent emerges and more partnerships are locked in, Nigerian talent will be showcased and celebrated across the continent, and enjoyed by people around the world.