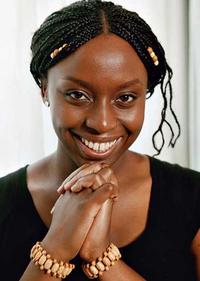 Chimamanda Adichie And The Power Of Focus

Chimamanda Ngozi Adichie needs no introduction to the rest of world, even beyond the literati, which renders any attempt at such effort a superfluous waste of publishing space.

But in making a name for herself, her country, and indeed the African continent, Chimamanda has won awards that can be referred to day after day without the air of staleness that pales similar literary achievements so frequently pointed out.

This seemingly meteoric success she followed up with Half of a Yellow Sun, so named after the flag of the short-lived Igbo secessionist state of Biafra, with which she won the David T. Wong International Short Story Prize 2002/2003 (PEN Center Award), the Anisfield-Wolf Book Award 2007 (Fiction category), the PEN ‘Beyond Margins’ Award 2007, and the Orange Broadband Prize for Fiction 2007.

Then in 2009 came the masterpiece, The Thing Around Your Neck, for which she was listed for the Frank O’Connor International Short Story Award 2009; and short-listed for the John Llewellyn Rhys Prize 2009 and the Commonwealth Writers’ Prize 2010: Best Book (Africa). She was also, on account of the 12-storied book, nominated for the Dayton Literary Peace Prize 2010.

But not only is Chimamanda a one-book-many-awards writer, she has been recognised not just for her writings but also for the totality of her works on improving the image of her native Nigeria at the international community.

Chimamanda also won the McArthur Foundation genius grant, alongside 24 other global figures, in 2008; won the International Nonino Prize in 2009; and was named on The New Yorker’s 2010 list of ’20 Under 40.’

Many of her individual short stories, such as That Harmattan Morning, The American Embassy, You in America, The Tree in Grandma’s Garden, have equally won internationally acclaimed awards.

Yet for all the talent that Chimamanda has shown to possess, all the awards she has won, all her contributions to growing international interest in African literature and culture, what many do not know is that the same lady, who has been various hailed as Chinua Achebe reincarnate, could have totally missed her golden place in the global history of literary greats for what would certainly have been an unfulfilling time tending to patients.

Adichie’s first post-secondary school education was a one-and-a-half-year-stint as a student of Medicine and Pharmacy at the University of Nigeria, Nsukka, where she grew up. Had she not studied Communications and Political Science at Drexel University in Philadelphia (completing it at Eastern Connecticut State University), and then obtained a Master’s degree in Creating Writing at Johns Hopkins University and a Master of Arts in African Studies from Yale university, could she have remained the quintessential face of contemporary African literature that she is today?

“After a year and a half at the University of Nigeria, I decided I didn’t want to study medicine,” she once said. “Because I did well in school, I was expected to become a doctor. But I wanted to be a writer. I realised I couldn’t do that in my country; I would have to come to the U.S ….” It is imaginable the number of people who must have branded her ‘confused’ or ‘ignorant’ in the mid-90s when she made the move. But she stuck to her guns.

And so Adichie is not only the hero of modern day Nigerian literature, she is equally a super model to young writers who have had spells in the opposite education training, who think they have lost important ground in the race to stardom; she is a reference point of hope for those who need to take that giant step in pursuit of their destiny, that foolish step that almost everyone around them is sure to condemn.