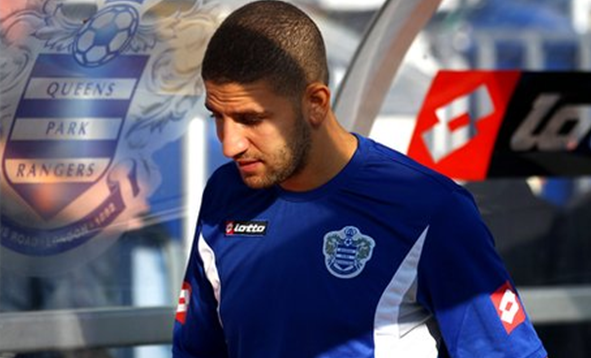 Adel Taarabt: I’ll Do Everything To Save QPR

With two Africans (Cameroon’s George Elokobi with Wolverhampton Wanderers and Nigeria’s Yakubu Aiyegbeni with Blackburn Rovers) already relegation with their English Premier League club sides, Moroccan midfielder Adel Taarabt is hoping he won’t join the list. The Queens Park Rangers star has vowed to do all he can to ensure the Premier League status of his London side.

QPR will play Premier League leaders Manchester City on Sunday needing at least a point to avoid relegation. But they are up against a tough task as City needs all three points to ensure their first league title since 1968.

Speaking on world football governing body FIFA’s website, Taarabt insists he wants to stay in the Premier League with the club.

“I really hope I can continue my Premier League adventure with QPR. The best possible outcome for me will be to stay with the club,” he said.

To make sure this is achieveable, the Moroccan says, “I am going to do everything in my power to help the club avoid the drop, and it would be wonderful if we could manage it.”

Taarabt also spoke on his country’s national team The Atlas Lions’ woeful performance at the 2012 Africa Cup of Nations (AFCON) were they crashed out in the group stages.

“I don’t think we were ready for the tournament. It was extremely hot and the state of the pitches didn’t help our style of play… Maybe we were guilty of thinking it was going to be easy when it was anything but,” admits the 22 year old.

However, with World Cup and AFCON qualifiers scheduled for next month, the chances of the QPR playmaker wearing his country’s national team jerseys anytime soon are slim going by his comments about national team coach Eric Gerets.

“I don’t get on very well with Gerets. I still love my country and I still want to represent it, but I can’t see me playing for the national team while this current coach is in charge,” he said.