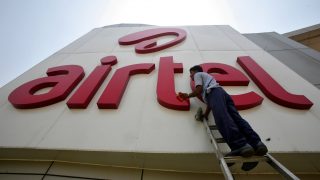 Activists protest against Airtel over kidnappings in eastern DR Congo

The Congolese subsidiary of Indian telecoms operator Bharti Airtel faced demonstrations from activists last week, 36 of whom have been arrested, AFP reported at the weekend. The protest was staged by the civil group, Lutte pour le Changement (Lucha) in Goma, in the eastern Democratic Republic of Congo (DRC).

A Lucha spokesman, Steward Muhindo, said the arrested activists are being sued for making “defamatory statements” against the telecoms company, adding that 13 were transferred to the central prison and 23 to the prosecutor’s office.

The sit-in protest in front of Airtel’s office last week was held to call for better services at lower prices from the firm, which is one of the three main telecom operators in the central African country. It follows a similar one held in May for the same purpose. In the DRC, the average income is below $2 a day.

More so, the pro-democracy movement Lucha (Struggle for Change) wants Airtel to deploy the Global Positioning System (GPS) function on its phones in helping to locate child abductors and kidnapped people in the city, where insecurity is reportedly high.

Lucha has received support from 36 Congolese human rights organizations, which condemned the arrests. “It is deplorable that the young people who remind Airtel of its obligations are physically attacked, arrested and tortured each time, with the culpable silence of leadership,” a statement from the group reads.

Over the years, abduction has become a menace in Goma, the capital of the North Kivu province. This is also true of the whole of eastern DRC, which is home to conflicts between armed groups.

Kidnappings in the DRC first surged in 2015 when at least 175 people were kidnapped for ransom. Since then there has been a steady increase in the cases reported. Between January to August 2018, over 700 people had been kidnapped in the DRC. And the rate of abductions in North and South Kivu’s provinces alone – in eastern DRC – is comparable to the sum total of kidnappings in entire countries.

In July this year, four people, including two expatriates, working for the Canadian gold mining company Banro were kidnapped in the southern Maniema province of eastern DR Congo. And earlier in May, 10 people were reported to have been abducted by an armed group in the Beni region after the assailants raided a village, where they looted and burned a local health center and robbed houses.

Around the same time in 2018, about 20 civilians were kidnapped in Goma during several days of attacks, after which a local civil society group called for a peaceful march to protest against the kidnappings in the troubled eastern part of DRC.

Generally, the weak economic situation in the DRC is seen as the main reason behind the kidnappings. It is believed that poverty and unemployment stemming from unending conflicts is driving people to extreme behavior. However, kidnapping is just one of a broader scope of security concerns in the DRC, where human rights records remain considerably poor in all areas.

Throughout 2018, Human Rights Watch (HRW) said government officials and security forces in the DRC carried out widespread repression and serious human rights violations. And in an open letter to President Felix Tshisekedi in April, the advocacy firm urged the new leader to make protecting and promoting human rights a priority during his presidency.

The president, who was sworn into office in January, has, however, touted an improvement in the country’s human rights since his inauguration. Tshisekedi believes that he has improved the human rights situation in ways such as the release of activists, closure of illegal detention facilities, and the return of opponents.

Last week, the president received a representative of Human Rights Watch, Ida Sawyer. That was her first return to the DRC since 2016 when she was invited to leave by the past administration of President Joseph Kabila.

In order to improve the security and human rights situation in the DRC, President Tshisekedi has to “make a clean break from the abusive and corrupt Kabila administration and adopt systemic changes that benefit all of Congo’s people,” Roth added.