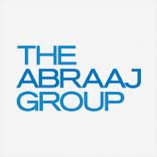 “A request for amendment pertaining to the increase of the offered purchase price per share of LE79.10 was submitted to Egyptian Financial Supervisory Authority (EFSA) on 19 November 2014,” a statement from Abraaj said.

Between August and September this year, three companies; Abraaj, Kellogg Co and Savola Group, indicated interest in acquiring the snack maker. During this period, it was reported that Bisco rejected offers from Saudi Arabia’s Halwani Bros. and Juhayna Food Industries. Since then however, Abraaj and Kellogg’s have remained front-runners for the company’s assets. Both companies have had their initial bids accepted by Bisco Misr.

Bisco Misr is one of Egypt’s major baking companies, producing over 90 brands of biscuit, cakes and cereals.

If Abraaj’s offer is accepted by Bisco’s shareholder, the company will acquire at least 51 percent shares of the confectionary maker which has three factories in Egypt and about 100 types of biscuit and cakes in its stable.