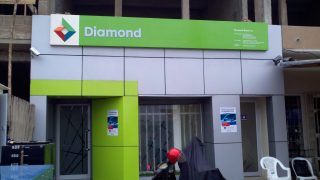 A month after Access Bank denied being in talks with Diamond Bank over a merger, the two banks are set to merge with Access Bank being the principal bank. The two banks signed a memorandum of agreement yesterday, 16th December 2018 while awaiting approval from Central Bank of Nigeria (CBN) and the Nigerian Stock Exchange (NSE).

Diamond Bank’s third-quarter report showed that it has experienced a lot of financial issues, with profit after tax falling from N3.9 billion in 2017 to N1.6 billion in 2018. The bank announced last week its decision to drop its international operating license and focus on national operations following capitalization issues. It would enable the bank to maintain a lower minimum capital requirement of 10 percent rather than the 15 percent required for international banks. Also, one of the bank’s foreign investors pulled out, further contributing to the financial constraints of the bank.

The merger would move Access Bank from the fourth-rank to the second rank in Nigeria’s banking hierarchy, i.e. if the current growth pattern of the bank is maintained. This isn’t the first merger Access bank would be involved in; it merged with now-defunct Intercontinental Bank in 2012. This merger would grant Access bank the entire issued share capital of Diamond Bank in exchange for a combination of cash and shares in Access Bank via a Scheme of Merger.

The CEO of Access Bank, Herbert Wigwe believes that the merger would be beneficial to staff, customers and shareholders of the two banks. He said:

“Access Bank has a strong track record of acquisition and integration and has a clear growth strategy. Access Bank and Diamond Bank have complementary operations and similar values, and a merger with Diamond Bank, with its leadership in digital and mobile-led retail banking, could accelerate our strategy as a significant corporate and retail bank in Nigeria and a Pan-African financial services champion. Access Bank has a strong financial profile with attractive returns and a robust capital position with 20.1% CAR as at 30 September 2018. We believe that this platform, together with the two banks’ shared focus on innovation, financial inclusion, and sustainability, can bring benefits to Access Bank and Diamond Bank customers, staff and shareholders.”

Immediately after this merger, Diamond Bank would become a part of Access Bank and would cease to exist under Nigerian law. Its current listing of shares would also be canceled under the NSE as well as its listing of global depository receipts on the London Stock Exchange.