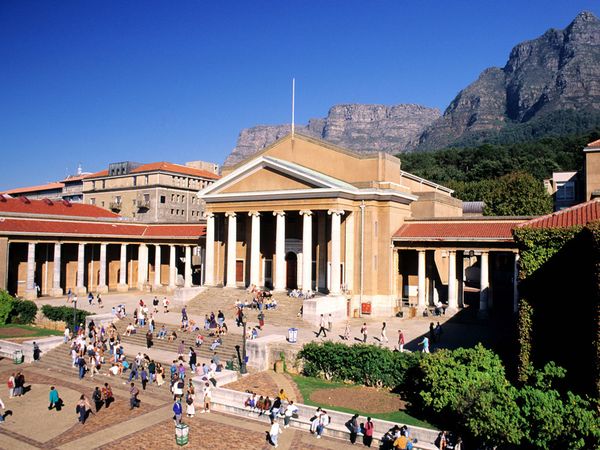 A Peep At The Best Colleges In Africa

VENTURES AFRICA – Just before our final exams in High school, I remember being delayed an extra 30mins by a certain teacher. He delivered a long boring lecture about what to expect as we transit into college (university) education but a sentence clung to my memory eternally; and for a reason, oblivious to me, it still stirs my subconscious. He sermonized about “having all the time to ourselves, with some having the best four years of their lives; and others the worst four years but in the end results pan out differently.” Those words sounded like Greek at that moment. I just wanted to leave the assembly, write my final paper and get a fresh start on a new journey – life at a higher institution. And like they say, worry about today and tomorrow will take care of itself.

Universities or Colleges (as said in western climes) are no doubt the citadels of education. They are established to breed, revise, impart and expand knowledge. They are also responsible for churning out, continuously, fresh graduates with new ideas and exerting energy, ready to create solutions to the problems and challenges in the society. Africa’s institutions of higher learning have come a long way. From Timbuktu to Egypt, Africa has a long history of scholars whose teachings and philosophy have added to modern civilization. Thus, it behooves the present day institutions, the leaders and the students to emulate such rich heritage.

Presently, Africa has over 1000 higher institutions, and these institutions are, to some extent, incubators of the future Nkrumahs, Madelas and Sankaras to name a few. Incubators that nurture future leaders before throwing them into reality’s dystopia or budding utopia – as it may apply. Several universities are held in high esteem across the African continent and in this piece we shall attempt to profile the Ivy League of African universities, so-to-speak, using a world standard criterion.

According to the 2012 WORLD UNIVERSITY WEB RANKING, the 10 best colleges as follows:

The University of Cape Town, UCT, has consistently been ranked at the top of Ivy League higher institutions in Africa.

UCT has six faculties namely: Commerce, Engineering and the Built Environment, Health Sciences, Humanities, Law, and Science; each faculty is led by a Dean. The university’s faculties are spread out amongst the 4 suburban and 2 urban campuses.

With an endowment of over $300 million and a consistent ranking amongst the best in the world, UCT’s pedigree is unquestionable.  It, continually, strives to advance knowledge in an Afropolitan manner with aim to “produce graduates whose qualifications are internationally recognized and locally applicable.”

Stellenbosch University (or Universiteit Stellenbosch) is one of South Africa’s foremost research universities. Established in 1866, Stellenbosch boasts the privilege of designing and manufacturing Africa’s first microsatellite, SUNSAT, launched in 1999.

It is one of the few universities that offer courses taught in Afrikaans. Stellenbosch is also seen as an important Afrikaner heritage.

Stellenbosch University has four campuses in which its 10 faculties and over 150 departments are spread; the four campuses of USB is a “vibrant melting pot of different cultures and various student organisations”.

Other faculties are situated at its other campuses – Military Science at Saldanha Bay campus, Health Sciences at Tygerberg and USB Business School at Bellville.

According to its mission statement, Cairo University strives to provide excellent “higher education services to meet the needs of the national, regional and international communities, and the effective continuous contribution in achieving Egypt’s social and economic development.” And with over 20 faculties, CU’s Ivy League status cannot be over-emphasized.  It is also one of the oldest higher institutions on the continent.

The University of Pretoria, UP, is another leading research university in South Africa and indeed the whole of Africa. UP has maintained its status the higher institution with highest research output in South Africa, since 1997; it also has one of the best Business Schools in Africa. Organised into nine faculties and a business school, UP is built on 7 suburban campuses.

The University offers more than 1 800 academic programmes with 140 departments and nine faculties; it also offers courses in Afrikaans. The University of Pretoria celebrated its Centenary in 2008.

A true Ivy League college, UP is at the apex of tertiary education on the continent and that is evident in its partnerships with other world-class partners to ensure continued excellence and furtherance of knowledge.

The University of Witwatersrand (or Wits University) has a reputation for excellence. The third oldest South African public university, Wits is located in Johannesburg. It is not only famous for its academic excellence but its National Heritage sites, rock arts museums, amongst others.

The University consists of five faculties – Commerce, Law and Management, Engineering and the Built Environment, Health Sciences, Humanities and Science – crammed into 2 urban and 4 suburban campuses.

The University of KwaZulu-Natal or UKZN is a South African university with five campuses spread out between two major cities, four in Durban and one in Pietermaritzburg, all within the province of KwaZulu-Natal. It was formed on 1 January 2004, as part of the South African “government’s reform aimed at reconfiguring and restructuring higher education”.

The University of South Africa, UNISA is the largest university in Africa and one of the world’s mega universities. Established in January 2004, the former Unisa merged with Technikon Southern Africa and Vista University (Vudec) to form the new Unisa. This merger brought together vast resources technical and physical, and infrastructure, while consolidating the knowledge bases built up over the years by the three independent institutions.

With campuses and regional offices across South Africa, and a comprehensive Open Distance Learning (ODL) programme, Unisa offers both vocational and academic programmes, many of which have received international accreditation. The University of South Africa is an internationally recognized university with a reputation that gives students worldwide recognition as its qualifications are sought after in the marketplace.

UNISA is also relatively affordable and it offers both vocational and academic programmes.

UNIVERSITY OF THE WESTERN CAPE

The University of the Western Cape, UWC, is an urban university located in Belleville, Western Cape, South Africa. It was originally set up for ‘coloureds’; the University has a proud history of creative struggle and triumph of the dark period apartheid.

Today, UWC is a distinguished tertiary institution “committed to excellence in teaching, learning and research, to nurturing the cultural diversity of South Africa, and to responding in critical and creative ways to the needs of a society in transition.”

UWC is one of Africa’s prime universities; It also takes pride in the fact that so many of its senior academics and alumni have found themselves in public office at all levels leaving an enviable precedence to its students.

A legacy of the influential British-South African and imperialist Cecil Rhodes, Rhodes University is a public research university located in Grahamstown, Eastern Cape, South Africa. It was established in 1904.

With six faculties subdivided into 30 academic departments, the humanities faculty being the largest in the university, Rhodes University is relatively small in size but the future of Rhodes “lies not in greater numbers, but in increasing academic excellence and building upon almost a century of academic achievement.”

Also with just over 7,000 students, RU is a highly residential university. It continues to rank amongst the best universities in Africa (and South Africa) in its continuous pursuit of academic excellence and furtherance of knowledge.  According to RU’s website, a recent review of academic departments and administrative divisions has led to a “re-engineering” of Rhodes to take it into the next century.

THE AMERICAN UNIVERSITY IN CAIRO

The American University of Cairo, AUC, is the brainchild of Americans devoted to education and service in the Middle East. Founded in 1919, the university was shaped by its founding president with the vision of merging cultures and creating an environment where English language can be used as a medium of instruction “based on high standards of conduct and scholarship and to contribute to the intellectual growth, discipline, and character of the future leaders of Egypt and the region.”

The first of its kind in the Middle East, AUC is independent, nonprofit, apolitical and non-sectarian in its operations. It is fully accredited in Egypt and the United States. However, its curriculum mirrors that operational in the United States.

The university also stresses its “equal-opportunity” principle, which emphasizes its goal of creating a platform where people from diverse backgrounds, ethnicities and social strata can come enhance their education based on its running principles and vision.