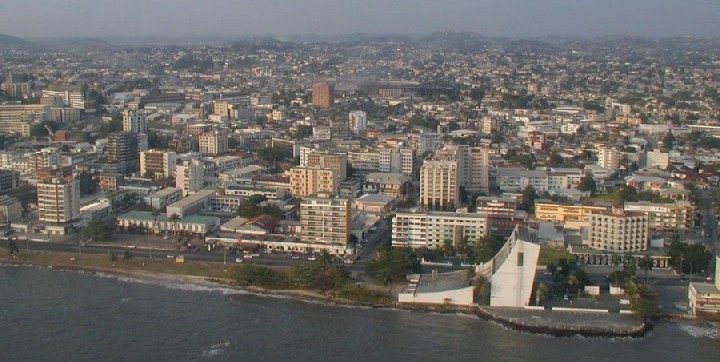 The zone, which covers about 1146 hectares, has already attracted $210,920,491 million in investment, with many companies acquiring plots of land to begin their operation.

Gabon’s President Ali Ben Bongo Ondimba has launched an ambitious development program, which, he says, will totally transform the country’s economy and infrastructure to better the lives of all Gabonese.

Administration officials say co-hosting the just ended African Nations cup with neighboring Equatorial Guinea, was one of the many initiatives Mr. Bongo Ondimba undertook to showcase Gabon to the entire world.

“We are proud to have been a co-host of the African Nations Cup. We have invested in an extensive program of infrastructure development in preparation. The tournament has been a huge success and shows that Gabon is focused on moving our country forward, for the people and the region, to be a global player,” said President Bongo Ondimba.

Officials say the goal of Mr. Bongo’s policy reforms is to ensure that Gabon becomes a regional force in such areas as financial services, information and communications technology (ICT), and trade-related services. They will be aligned with efforts to build a green economy and specialized fields within higher education, health and research.

To ensure President Bongo Ondimba’s development strategy benefits the people, the administration has launched a new economic initiative and unveiled a number of reforms to sharply reduce graft and create a business-friendly environment necessary to attract foreign direct investments. The government has set up a “single window clearance” process that expedites the documents investors need to start their operation.

Since the implementation of the president’s initiatives, officials say there has been a dramatic increase in local and international investors who have now begun doing business in Gabon.

Vandersmissen said “As a private company, we need good infrastructure and a solid judicial system, without corruption so that we can do what we do best. So, far the government is not pushing us and is not working against us so that we can do our job and that is how it should be.”

“It’s stable here and there is liberty,” he added, “and if this should continue, Gabon could become an economic center for the development of Central and Western Africa.”

Vandersmissen also praised the business-friendly conditions in the country. Tauhid Monif is the general manager of the Abhijeet group, another investment company.

“Business opportunities that are offered by Gabon are excellent,” said Monif.  “And avenues have opened up [for us including the opportunity to set] up one of the biggest plants over here,” said Monif.

Headquartered in India, Monif said the Abhijeet group, which specializes in power generation, mining, ferroalloys, steel and roads will use Gabon as its base to launch operations in the rest of the Africa.

The zone, which covers about 1146 hectares, has already attracted $210,920,491 million in investment, with many companies acquiring plots of land to begin their operation.

The president’s strategy, officials say, is to turn Gabon into a value-added economy that hinges on the local processing of raw materials, including timber, manganese and natural gas. The three main pillars of the plan, officials say, include industry, services and green initiatives. Click here to read more.