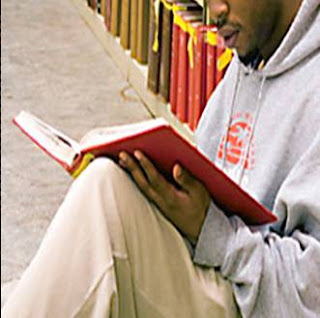 A Midweek Note to Career Parents

“The son whines to his father, “You messed up my childhood!” And the father says, “How could I, son? I wasn’t even there” – unknown.

The courtroom was in complete disarray. Even the judge was stunned and for almost five minutes drifted in a private cloud of thoughts. The police orderlies acted with confusion and were probably doing more of contributing to the upheaval than calming the people down. The lawyers on both sides were speechless; neither had expected the surprise. When the judge finally recovered, he rubbed his eyes vehemently to ascertain that he was not dreaming. Indeed, he was awake. This was real blood, and the accused still had a real, freshly detached human ear in his mouth…

If you are from the Yoruba-speaking tribe in Nigeria, you probably already know the story. I doubt if it ever really happened, but it was a very popular tale when I was growing up. According to my modified version of the tale, a young boy, Akin, grew up with everything he could ask for- except attention. His parents were busy! His father was a bank CEO and was globally sought after. He was hardly ever at home. The mother was well respected in the society. She ran some charities and was actively committed to transforming the country. She had time for everyone, except her son.

Both parents worked hard and were the best at all they did (except for parenting). Whenever they felt guilty about the little time they spent with their son, they would appease their consciences by buying him expensive gifts, sponsoring him on trips abroad and convincing themselves that he was the main reason they were working so hard.

Akin grew into a spoilt brat. He respected no one, did poorly in school and was lacking in character. Since he had no useful skills, he resorted to cultism while in college. As a cultist, he developed proficiency in theft, rape and murder. Eventually, he got arrested and prosecuted for murder. On realizing that he would face the firing squad, Akin requested to be allowed to speak with his father. He pretended to whisper words into the poor man’s ear and suddenly bit hard. He held on until the ear was totally disengaged into his mouth…

I’m sure you already guessed: this post is for career leaders who have no time for their children. If you love your job, business or title so much that it would take all your time, simply ensure that you don’t give birth. I suspect that it’s already too late to do that for many, anyway.

In my country, Nigeria, we have a very bad habit of blaming the government for everything that goes wrong. But then, “special examination centres” (where examiners are paid to allow students to cheat in examinations) are often funded by parents! Similarly, many real-life armed robbers and assassins are university graduates. Although they often claim they resorted to such because of unemployment, they really are pointing to deficiencies in upbringing.

My challenge today is very simple: how much of leadership do you provide in your own home? Are you a fortress to your spouse and children? Or are you breeding thieves and murderers? Are you so busy being successful at your career that you have entrusted your responsibility of child-care to house-helps, TV and peers?