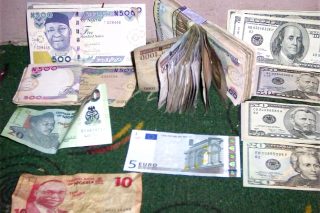 Nigeria’s Commercial Banks have begun to disburse a 26 billion Naira special intervention fund for agricultural Small and Medium Enterprises (SMEs). This was made known at the Central Bank of Nigeria (CBN) Bankers Committee’s yearly retreat in Lagos last week. The scheme, called the “Agriculture and Small and Medium Enterprises Investment Scheme (AGSMEIS),” was pooled together throughout 2017 and is set to provide funding for small businesses that can’t take off for lack of capital. Apart from agricultural businesses, other enterprises set to benefit from the scheme include Barbers, hairdressers, etc.

The scheme will also provide mentors who will train the business owners and provide guidance while setting up of their businesses. “We are going to get people who will train them in those various skills taking into consideration the various geopolitical zones. After training them, like we do in Anchor Borrowers Programme, where we buy seedlings, fertilisers, herbicides for them, we will buy equipment and deliver to them.” CBN Governor Godwin Emefiele said.

This resolution from the CBN comes after Nigeria’s apex banking establishment deliberated over the idea of reducing the Cash Reserve Requirements for banks that have an attachment to SMEs. The Cash Reserve Requirements is a policy employed by most central banks, stipulating the minimum amount of cash reserves that should remain with commercial banks. Many Nigerian banks have, on the basis of this policy, refused to loan money to SMEs, and in other cases attached stringent conditions to the loans to the extent that these businesses sometimes run at a loss, and eventually close down.

Hence, this scheme will aid Nigeria’s bid for diversification as the country looks to reduce its dependency on oil. Nigeria’s informal sector contributed around 41.1 percent to the country’s GDP in 2015, a number that reduced after the country walked into a recession in 2016 that lasted for more than a year. The recession also contributed to a rise in the number of unemployed and under-employed Nigerians, from 14.2 percent in Q4 2016 to 18.8 percent in Q3 2017. However, that number could reduce considering the fact that Nigeria officially exited recession in September 2017, and now that the government is prepared to infuse capital into the informal sector.

Nigeria gears towards a population census to be conducted later this year. While questions have begun to arise regarding the productivity of most of these population, especially its youths, schemes like this will provide solutions. However, 26 billion Naira should be the starting point for investments in agriculture and SMEs, and should also not replace the development of Nigeria’s formal sector. The informal sector represents unskilled labour; a country can’t run on an unskilled labour-based economy. As much as there’s a clamour for more funding for SMEs outside agriculture, there should also be a significant amount of focus on easing the difficulties and bottlenecks surrounding investments in Nigeria’s formal sector.