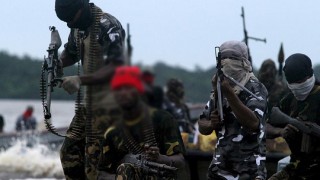 While there is a need to appreciate every step taken towards solving some of Nigeria’s biggest troubles, it is very necessary that such approaches are genuine and sincere. If not, the eventual solution is likely to be short-term, only scraping the membrane of the problem and not attacking the nucleus. This describes the current approach being used by the Nigerian government in ending the Niger Delta crisis.

Last Wednesday, the Nigerian Minister of Youth and Sports, Solomon Dalung, said he visited Oporoza in the Gbaramatu Kingdom, Delta State, and met with representatives of the Niger Delta Avengers (NDA). According to the minister, following his two-hour journey to the creeks, his meeting with the NDA has afforded him the knowledge of the exact demands of the militants. He was also handed a letter to give President Muhammadu Buhari. “The issues include the Niger-Delta Maritime University, pipeline community policing, which they said the government had denied them, and the inability of the government to continue with the amnesty programme established by former President Umaru Musa Yarádua,” Dalung claimed.

The Niger Delta Avengers, who seem to be well acquainted with the trend, were swift to debunk claims of any meeting with the minister. In their response, the militants said that “Niger Delta fraudsters have defrauded the Minister.” The NDA group added that its members cannot stoop low enough to engage a common minister who “doesn’t know his work.” Before now, the Minister of State for Petroleum Resources, Ibe Kachickwu; Delta state Governor, Patrick Ifeanyi Okowa and some others have claimed to have met with the Avengers. Unfortunately, the NDA group shut down these claims by stating that the government officials only met with imposters and not with any of its representatives.

Recent developments suggest that Buhari’s cabinet members are not utilising any strong conflict resolution approaches in the oil region. So far, attempts by the government to establish the fact that they have met with the militants, have been seen in many quarters as reeking of desperation. Why is it that whenever the representatives of the government claim to have met with the Avengers, it turns out that they have met with the wrong people? Or is the Nigerian government staging a script it wrote? – Deliberately bringing on board, some persons to reach a compromise in the name of the Avengers. In any case, the Nigerian government needs to understand, that only a genuine dialogue can restore a long lasting normalcy in the restive oil region.

One consistent and major condition for dialogue given by the NDA has been that they want international communities to witness any roundtable discussions they have with the Federal Government of Nigeria. The Nigerian government needs to consider their stance, especially if it will ensure that further attacks on Nigeria’s oil facilities are stopped. At this point, it is very baffling that neither the Nigerian government nor members of the local community where they operate from know who the Avengers really are.