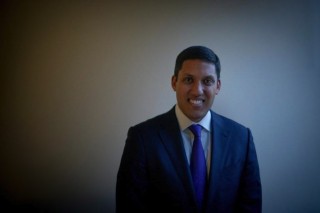 “The Board of Trustees couldn’t be more excited about the dynamism and experience that Raj Shah will bring to this great philanthropic institution. Raj was the unanimous choice of the Trustees after a very competitive search process,” said Dick Parsons, Board Chair of Rockefeller Foundation.

Shah will be the first-ever Indian-American to serve as president of the foundation. Shah who is expected to assume his new role on March 1st will be succeeding Dr Judith Rodin who served as president for nearly twelve years.

“I am honoured and inspired by the opportunity to build on this 103-year history of results and lasting impact.  I look forward to charting a course for the Rockefeller Foundation to engage with partners to promote the well-being of humanity, and to take on the challenges of today and tomorrow both in the United States and around the world,” said Dr Rajiv J. Shah.

“I have had the pleasure of working with Raj over many years. In all our collaborations I’ve seen his intelligence, his drive for high impact and his commitment to humanity,” said Dr Judith Rodin, current president of the Rockefeller Foundation.

As the next president of the Rockefeller Foundation, Shah brings with him extensive experience in foreign affairs, global health, global development and humanitarian response. His experience as an investor in the private sector, as the founder of Latitude Capital, also gives Dr. Shah the perspective and experience required to forge durable private-public partnerships.

What you need to know about Shah