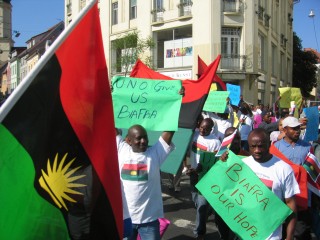 A disturbing new movement is emerging from Eastern Nigeria

When Boko Haram, the deadly sect terrorizing Nigeria and its west African neighbours, launched its campaign against western education in the early 2000s, it seemed rather harmless: its leader, Mohammed Yusuf, was considered more of a preacher than a radical and was open to the media, regularly granting interviews to top journalists. But the group’s ability to fuel a propaganda and garner a huge following proved decisive when it turned violent, after Yusuf was killed and Abubakar Shekau became its leader in 2010.

Down in eastern Nigeria, a similar movement is unfolding. Radio Biafra, a largely internet-powered radio station based in the United Kingdom, has entered into mainstream broadcasting in Nigeria, with a rather twisted series of messages. The station has been transmitting messages aimed at instigating hate against Yorubas and Hausas and the Nigerian state from an unknown location in Rivers State—a state that proved symbolic during the three-year-long Biafra Civil War—on the 88.0 FM frequency. 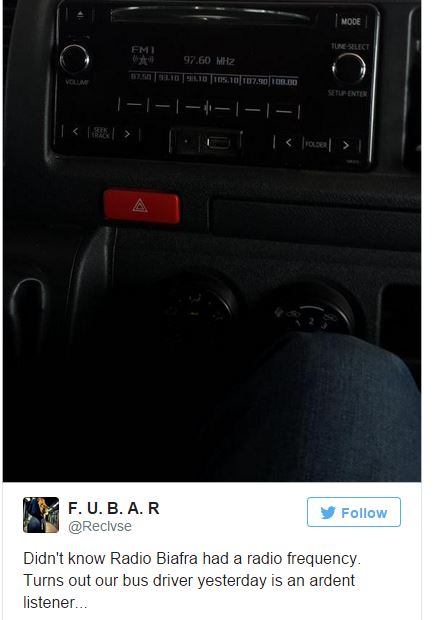 A local of Aba, a buzzing commercial city of Abia State, eastern Nigeria, who tuned in to Radio Biafra out of curiosity earlier this week said the content transmitted through the platform was “horrific.” “For the entire period I was tuned into the station, it was back to back tirades against the current Government of the Federal Republic of Nigeria, raw undiluted anti-Semitic messages targeted mostly at the Yorubas,” said the anonymous commentator. He also noted that Nnamdi Kanu, who is referred to as “director”, called for the destruction of all Deeper Life Bible Church’s posters, billboards and the burning and all of its buildings within Aba and entire eastern Nigeria (Igbo Land). The Deeper Life Bible Church was founded by W.F. Kumuyi, a native of Osun State, western Nigeria.

Nnamdi’s gospel took a deeper, more violent turn when he called on the Igbos to arm themselves pending when he would give the clarion call for the war he had declared against the government of Nigeria—which he labelled a zoo.

Like Boko Haram, Radio Biafra had a simplistic, peaceful starting agenda. The institution, which was launched in 2009, says its vision is to enlighten, educate and inform Biafrans both in Biafraland (primarily eastern Nigeria) and those all around the world, as well as act as an instrumental tool in the effort to free Biafra from oppression, subjugation and extermination of their ancient value systems, cultures and languages. It planned on achieving this by providing unbiased news and trustworthy information, educating people in issues of democracy and internationally acknowledged perspectives on human rights and importantly the rights of women–a decent mission to many.

The horrid experiences of many Igbos during the civil war has helped gain the platform sympathizers, translating into a significant following. Since it relaunched in 2012, after a brief collapse, it has attracted more than half-a-million followers on Facebook, 3000 of whom joined this week. However, like the radio director, some of these followers are taking the route of extremism.

A caller, who claimed to be a technician, said he was keen to support Nnamdi by providing technical support for the manufacturing of bombs. Another said he was willing to take on the duty of killing non-Igbo politicians that dared to step foot into the region. They both requested the contacts of Nnamdi to forge a greater alliance beyond discussing on the radio.

Nnamdi may easily be dispelled as a lunatic with enough money to build a platform to rant, but the growing following and responses to his calls should send similar chills to the spines of Nigerians conversant with the tale of Boko Haram—many reportedly tore their academic credentials to join the brutal sect that has taken the lives of over 15,000 Nigerians and rendered more than a million homeless.