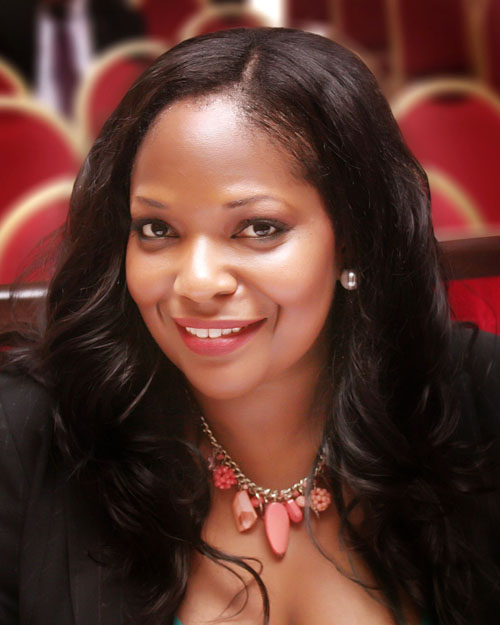 A Disapora Tale: Experiencing Nigeria on the verge of a new era

Africa is rising, and for the first time in decades this huge continent with unparalleled natural and human resources is on the cusp of unprecedented growth.”

I knew from an early age…that while I was Black British with West Indian parentage and African heritage at the core of my being I was an African. My parents told myself and two sisters “…no matter what anyone tells you about being British, Afro-Caribbean or West Indian…you are black therefore African…be proud of it and don’t let anyone tell you any different.”

This immediately stuck with me, it soaked into every inch of my being and has remained in my psyche ever since. Throughout my teenage years and young adulthood I have always taken an active interest in African history, contemporary African politics and popular culture. I am passionate about Africa, and have been waiting for the right moment to be able to contribute positively to the development of the continent.

I moved to New York in 1999, and spent a decade working in the PR industry, making my way up the corporate ladder working for a variety of leading brands and in senior executive leadership positions at top global Ad and PR agencies. I launched C.Moore Media, International Public Relations in 2009. In 2010, as a nod to my career in the US, I was delighted to be placed on the 2010 UK Powerlist, which is a list of Britain’s Top 100 most influential black Britain’s. In 2011 I was placed on The Network Journals ’40 under Forty’ list of black US achievers… another huge accolade. With this kind of recognition both in the UK and the US the time feels right to direct some of our attention to the continent.

Africa is rising, and for the first time in decades this huge continent with unparalleled natural and human resources is on the cusp of unprecedented growth. The IMF recently published statistics highlighting that seven out of the ten fastest growing economies in the world are those of African countries with Nigeria ranked as the tenth fastest growing economy in the world. Key influential business publications ranging from The Economist to The Financial Times to Forbes, have published news informing their readers that while the rest of the world demonstrates flat-lined growth and sluggish economies many nations across the continent are showing promising growth.

Earlier this year I read that President Goodluck Jonathan had finally passed a Freedom of Information (FOI) Act in Nigeria after a decade long struggle by activists and supporters. This act was loosely based on the US FOI Act, which was signed into law by President Lyndon D. Johnson in 1966.

Like the US Act, the signing of the Nigerian FOI Act means that agency records are subject to full disclosure and the Act outlines mandatory disclosure procedures. In a nation that has been thwarted by corruption and a lack of democracy, the passing of this Act is a huge leap forward for the nation, and a victory for democracy, transparency and justice, which is crucial for genuine progress.

Abike Dabiri a member of the Federal House of Representatives was a key champion of the FOI Act in Nigeria. A popular fifteen-year broadcasting veteran, Abike ventured into politics, and with her background in investigative media immediately become a co-sponsor of the FOI Bill in Parliament.

In 2007 Abike was the only returning member who was a co-sponsor of the bill that had won their re-election bid. She immediately reintroduced the FOI bill but was met with stiff resistance, and was under enormous pressure to withdraw the bill, which was thrown out five times. Nevertheless championed by Abike, propelled by persistent media attention, determined civil society groups and proactive lobbying, members of the Nigerian parliament passed the bill. History was subsequently made as President Jonathan signed the bill into law…a new era for Nigeria had begun.

So here I am in New York City reading this optimistic news, and one day I receive an email from Dr. Ken Egbas, the Chairman of the Nigerian Institute of Public Relations inviting me to be the keynote speaker at their 22nd Annual conference to be held in Lagos in October 2011. The theme of the conference…Towards a Greater Nigeria: Public Relations as a Viable Tool for National and Mass Orientation using the Freedom of Information Act to entrench good governance, accountability and Investment.

I was delighted to deliver the keynote speech, and was especially happy to be able to share my international knowledge and experience with fellow Public Relations practitioners in Nigeria.

I delivered the keynote speech to a packed room of hundreds of Public Relations practitioners, including award-winning local PR agencies such as CMC Connect and notable Nigerian PR practitioners such as Dr. Ken Egbas (MD of TruContact and Chairman, NIPR AGM) and Yomi Badejo Okuasanya (MD of CMC Connect). I also shared the podium with state representatives from, both Oyo State Government and the State Government of Osun.

During the keynote speech I drew on the US example and discussed the strategies that Barack Obama leveraged to galvanize America behind his vision of change. I provided topline insights and suggestions for the Nigerian market and concluded the presentation with research that I commissioned exclusively for the conference by Onalytica a client of C. Moore Media that monitors the online debate surrounding specific topics. The online debate on the Nigerian FOI Act was one of the many topics that Onalytica researched.

The keynote speech provided several suggestions for the Nigerian market including:

1. Move with the Times – While WOM and radio remain the predominant communication channels, Nigerian communications practitioners were encouraged to leverage ALL communications channels, especially the Internet.  Create the conversation at digital touch points and weave social networking applications under the banner of a movement and momentum can be created.

2. Transparency – This is one of the core values behind the FOI Act and I explained to the attendee’s that this is now one of Nigeria’s ‘brand promises’. Adhering to it will create new levels of trust with everyone from the Nigerian public to foreign investors.

3. Omnipresent – I presented data from the exclusive research C. Moore Media commissioned from Onalytica for the NIPR conference.  This was done in order to demonstrate vividly that online monitoring is imperative, as it will enable Nigerian ministers and commissioners of Information to communicate effectively locally, regionally and globally.

The speech was well received, and I was delighted to meet and spend an evening and lunch dates with Abike Dabiri. A brilliant and intelligent women, she described the next steps as she see them in order for Nigeria to move forwards now the FOI Act had been signed…

“The FOI Act will empower every Nigerian to seek information about the utilization of the nations resources. The challenge now is for Nigerians to properly utilize this law to demand better openness in governance. For a nation battling with corruption, this is a law that can change Nigeria positively if utilized to the fullest” Abike Dabiri Member of the Nigerian Federal House of Representatives.

Nigeria: An Influential Country in Africa

Despite fundamental challenges facing Nigeria such as security and a shaky infrastructure, the future is looking brighter with positive movements towards change such as the new FOI Act. Nigeria must also adopt a developed world approach to communications, and I am delighted to be invited to become part of this crucial shift, sharing my international experience, knowledge and expertise with communication leaders in Nigeria.

There is a well-known saying that states, “When Nigeria sneezes, the rest of the African nations catch a cold”. This vividly demonstrates the influence that Nigeria has on the continent. Against a backdrop of a several positive steps forwards, of which the FOI Act is just one, accompanied by healthy economic forecasts, there is a chance for the nation to get it right and the rest of the continent to follow.

Note: This feature was originally published in The Network Journal.