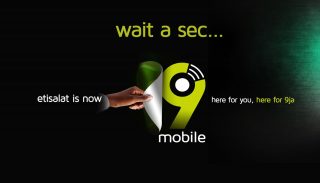 Nigerian telecommunications company, 9mobile, has seen a loan of $230 million approved by the Africa Finance Corporation (AFC), the company said at the weekend.

The credit facility is expected to be used in managing and improving 9mobile’s operation in Nigeria. According to the firm’s statement, the fund will be deployed to service existing debts, finance its operational costs and invest in growth.

The AFC loan could not have come at a better time as 9mobile grapples with an internal dispute from shareholders as well as a rapidly declining customer base.

Formerly called Etisalat Nigeria, 9mobile was operated by Abu Dhabi-based telecoms firm – Etisalat. This was the case until the local company defaulted on the repayment of a $1.2 billion loan gotten from a consortium of banks led by Guaranty Trust Bank (GTB). As the lenders threatened to take over the firm, the parent company pulled out of Nigeria in 2017, forcing affected banks to search for new investors.

Two major investors in the firm, Afdin Ventures Limited and Dirbia Nigeria Limited, said despite being major shareholders, they were left out of decision-making. This prompted both parties to seek a refund of their investment estimated at over $43 million, leading to a lawsuit and delay of another ownership takeover.

There is also the issue of the intense competition in Nigeria’s mobile telecoms market and the inability of 9mobile to compete with rivals MTN, Globacom and Airtel. For some time now, 9mobile has been struggling to meet up with its counterparts, losing its subscribers to other mobile network operators. More than three million subscribers have ditched the network in the last two years.

9mobile, Nigeria’s fourth-biggest telecoms operator, currently has 9.039 million subscribers, well below the rest. And in this year alone, Nairametrics says the company has lost an average of 1,500 subscribers monthly.

As stated in a report, heightened competition in the telecoms industry means 9mobile would need a strategic push in order to remain relevant and active. With the loan from AFC, the company can afford to take the necessary measures needed to remain competitive and avoid being obsolete.

This is even more crucial considering the country’s biggest operator, MTN, is expanding its service through partnerships with banks, while other players improve their digital and mobile services.