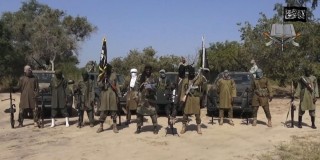 On Sunday 22nd March 2020, 92 Chadian soldiers on the Boma Peninsula were killed in a seven-hour attack now recorded as one of the deadliest attacks by the Boko Haram military group. “We lost 92 of our soldiers, non-commissioned officers and officers,” President Idriss Deby said.

The attack which was conducted on the Boma peninsula lasted for a duration of seven hours and caused the destruction of 24 army vehicles. Reinforcements sent to help were also hit and the group carried off weapons stolen from the military in speedboats.

The attack is said to be part of an expanding armed campaign in the marshy Lake Chad area, where the borders of Cameroon, Chad, Niger and Nigeria converge, as the group has stepped up its attacks on the region in recent months. This year alone, they have carried out several attacks, especially in Nigeria.

Despite President Muhammadu Buhari’s declaration of victory over Boko Haram, their continuous attacks suggest otherwise. Earlier on Tuesday, 24th March, it was reported that 50 Nigerian soldiers were killed in an ambush as the military tried to launch an attack against the armed group. The attackers used rocket-propelled grenades and other heavy weaponry in the attack on the village of Gorgi on Monday evening.          With the number of soldiers lost, this can be a huge setback for the Nigerian army.

Boko Haram’s terrorist activities are a national, regional and international concern as they spread violence beyond the borders of Nigeria to Cameroon, Niger, Chad, and Mali. The group has survived many counter-terrorist attempts to defeat it including those of the Multinational Joint Task Force (MNJTF) made up of Chad, Benin, Nigeria, Cameroon, and Niger. Since 2015, countries in the area have cooperated in the Multinational Joint Force.

However, the Task Force has faced challenges such as inadequate resources, Nigeria’s preponderance, a lack of trust among member states, poor economies and poverty.

But while the over-reliance on the power of coercion may be capable of achieving its mandate in the short run, it is very important that as a regional crisis, the challenges facing the region should be addressed holistically.

The sustainability of the task force should be established by developing a continuous feasible approach for embedding regional peace and security as well as effectively solving the challenges facing the task force. For an effective collaborative approach, it is paramount that the affected countries unite, collaborate, and respect each other more since fighting terrorist groups comes at a great cost and solidarity amongst the states is essential to defeating Boko Haram